UVM Police Chief on Leave for Unspecified Reason | Off Message 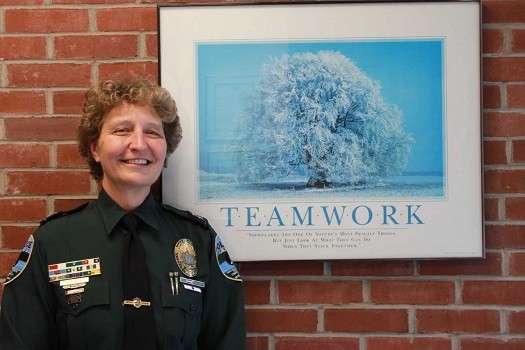 University of Vermont Police Chief Lianne Tuomey, a 19-year veteran of the department, is on a leave of absence for an unspecified amount of time, UVM spokesperson Enrique Corredera confirmed Monday.

Tuomey has been on leave since July 11, Corredera said. He wouldn't specify what type of leave — administrative, medical, personal or otherwise — and whether the chief took it voluntarily.

Tuomey was not suspended, nor was she escorted or barred from campus, Corredera added. Asked if her absence is tied to an internal investigation, Corredera declined to say. Tuomey is being paid while on leave and made $124,441 last fiscal year, according to Corredera.

The UVM chief isn't the only Queen City police official on leave: Burlington Police Chief Brandon del Pozo is on family and medical leave, according to a city press release sent out last Friday. A return date for del Pozo, Burlington's top cop since September 2015, is "to be determined." Deputy Chief Jan Wright is serving in his stead.

Burlington City Councilors Stand By Their Man: Del Pozo Is New Police Chief
By Terri Hallenbeck
Crime
Del Pozo was badly injured in a June 2018 bicycle crash and was out of work recuperating for more than two months. The city gave no indication that his current leave is related to those injuries.

Jordan Redell, chief of staff to Mayor Miro Weinberger, said in an email that del Pozo's leave began last Thursday. She pointed to the city's medical and family care leave policy, which gives employees 12 weeks of unpaid medical leave if they or an immediate family member has "a serious health condition."

Asked why UVM didn't announce Tuomey's leave, Corredera said the university is handling it "as an internal department matter" and that UVM doesn't discuss individual employees.

Al Turgeon, Tuomey's direct supervisor and UVM's chief risk and public safety officer, declined to answer questions last week about the chief's job status. "I'm not able to do that," he said, referring all questions to Corredera.

"I haven't heard from her in a while," George said, adding, "She travels a lot in the summer ... It's not unusual to not hear from her."

Tuomey did not immediately return an interview request Monday afternoon.

She was named UVM's police chief in May 2009 after serving as its deputy chief and captain of operations since September 2000, according to her LinkedIn profile. Before that, Tuomey served in the Burlington Police Department for 18 years.