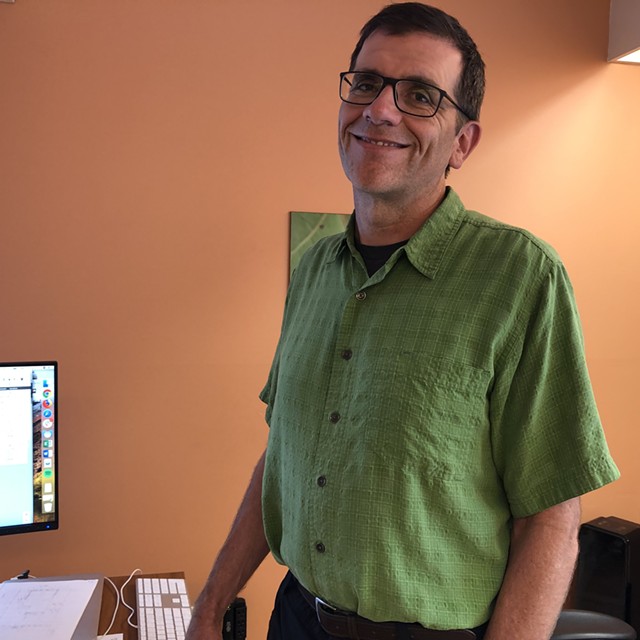 The idea is deceptively simple: Give neighbors a forum to swap backyard vegetables, borrow a sleeping bag and opine about their water bills. Yet in a world saturated with online communication outlets, nobody was doing quite what Burlington-born Front Porch Forum was doing when it started up 13 years ago.

Now the free, hyperlocal social network has 170,000 members around Vermont and is striking into new territory: upstate New York. In June, the company launched its first major expansion outside of the Green Mountain State, into New York's Washington County, a rural stretch that borders Vermont in the Slate Valley; and Warren County, which contains Glens Falls.

The migration technically began with a baby step about seven years ago. That’s when residents of small-town Argyle, N.Y., successfully lobbied for their own Front Porch Forum group after noting its popularity in nearby Vermont. Several other New York towns have pushed to join and the company, after considerable study, decided to go for it.

“They twisted my arm,” said Michael Wood-Lewis, who cofounded the business with his wife, Valerie Wood-Lewis, in 2006.


The two New York counties have about 30 towns; the company typically sets up a forum to serve a single town. So far, Front Porch Forum has about 1,500 members in the Empire State, Wood-Lewis said. Six forums have gone live and several others are close to reaching FPF’s 50-person sign-up minimum to get activated.

Participation is free for residents. Business members get limited free posts and then must pay — which, along with donations, is how FPF brings in revenue.

The couple launched the biz a few years after they moved to Burlington’s Five Sisters neighborhood from out of state. They had trouble getting to know people; learning a neighbor's recommendation for pizza felt like a breakthrough, Wood-Lewis recalled.

He was interested in community building, along with good pizza, and soon was sending an email newsletter out to any neighbor who wanted to participate — whether to attract volunteer coaches for Little League or brainstorm on compost piles.

“It’s hard to make things happen when folks aren’t talking and they don’t know each other,” he pointed out.

Is more expansion coming? It's expensive and "a challenge to do it well,” Wood-Lewis said.

He spoke to Seven Days in the company's headquarters on King Street, near the Burlington waterfront. Front Porch Forum has outgrown its “spare bedroom beginnings,” he said, and now has 18 employees and software that helps create the neighborhood maps for each forum. Its employees monitor posts for personal attacks or offensive language.

When an employee tells a member a post is being deleted, they do it in a friendly way, explained Wood-Lewis: “Just like at the block party: It’s, ‘Frank, you know, could you chill out with the F-bombs.’”

In the early days, he experimented with different approaches. For a time, Wood-Lewis was a one-man news aggregator who collected headlines and tidbits from various local media and posted about them. It turned out that people were more interested in handyman recommendations. Wood-Lewis recalled hearing from people who liked Front Porch Forum but wondered, “Who is this Michael Wood-Lewis guy and why doesn’t he shut up?”

His response? “I kind of mostly said ‘Oh, I don’t know who that guy is,’” and “stopped doing it.”

FPF does not sell member emails or allow advertisers to access them, Wood-Lewis said. Unlike some social media giants, it doesn't mine user data or snoop on web browsing.

“We stand in contrast to that, which feels a little bit like tilting at windmills," he said. "But that’s what we’re doing.”

Wood-Lewis is satisfied when the forum draws people a bit closer.

“You know, lost pets are found,” he said. “Mechanics are recommended. School budgets are discussed.”
Prev
Next