Vail Resorts to Purchase Mount Snow and Other Ski Areas 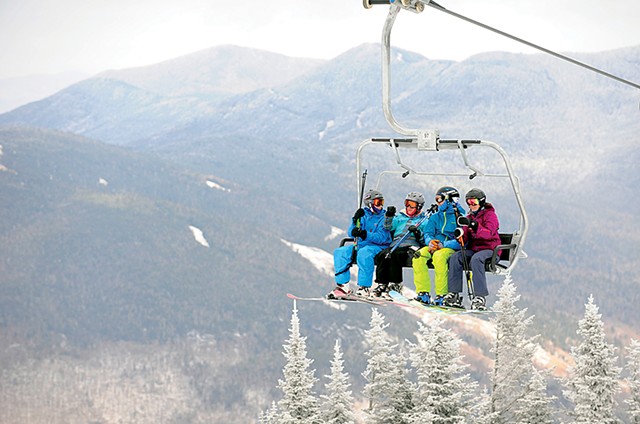 Vail Resorts announced Monday that it plans to acquire a family of 17 ski areas this fall, including Mount Snow in Dover. The Southern Vermont mountain would be the company's third Vermont holding.

Several new mountains in the Northeast would become Vail properties, including Hunter Mountain in New York, and Attitash, Wildcat, and Crotched Mountain in New Hampshire. Ski areas in Pennsylvania, Ohio, Missouri and Indiana are also set to change hands in the deal.

The purchase would close this fall pending regulatory approval.


The purchase will help Vail serve skiers from the Northeast, Mid-Atlantic and Midwest regions, said Rob Katz, chairman and chief executive officer of Vail Resorts. "The acquisition fully embodies our philosophy of Epic for Everyone, making skiing and riding more accessible to guests across the U.S. and around the world,” he said in an announcement.

The news drew mixed reaction on the Ski the East Facebook page.

"Does ski resort monopoly exist as a boardgame yet?" one poster asked. Another complained that Vail has brought "overly corporate" management to Okemo. And others complained about Vail's by-the-book approach to skier conduct rules.

But fans cheered the purchase and the fact that the Epic pass system would include even more mountains. "Love it! This actually makes it more affordable for families that like to travel out west & sharpen our skills locally," one poster wrote.

In May, the Boston Globe wrote about criticism directed at Mount Snow because the Purdue Pharma family, the Sacklers, is the single largest shareholder of Peak Resorts. Vermont is among the states that are suing the Sacklers for allegedly downplaying the dangers of the opioid Oxycontin and making millions in the process. The family denies the allegations.

The purchased mountains will be included in the Epic pass system that sells for $939 per adult and offers unrestricted access to more than 30 resorts around the country. Vail will also honor and continue to sell the Peaks pass for the winter 2019-20 season.
Prev
Next