Gov. Phil Scott on Monday vetoed a 24-hour waiting period for handgun sales in Vermont and signed a bill protecting a woman's right to an abortion.

The legislature passed S.169 to create a cooling-off period to reduce acts of impulsive gun violence, especially suicides. But Scott, citing a number of other gun restrictions he has signed, said he didn't think the new bill hit the mark.

“With these measures in place, we must now prioritize strategies that address the underlying causes of violence and suicide," Scott said in a statement. "I do not believe S.169 addresses these areas."

Scott had until midnight Monday to either sign the bill, veto it or allow it to become law without his signature.

After the move, the family of Andrew Black released a statement blasting the decision. The 23-year-old Essex man shot and killed himself in December, hours after buying a gun. 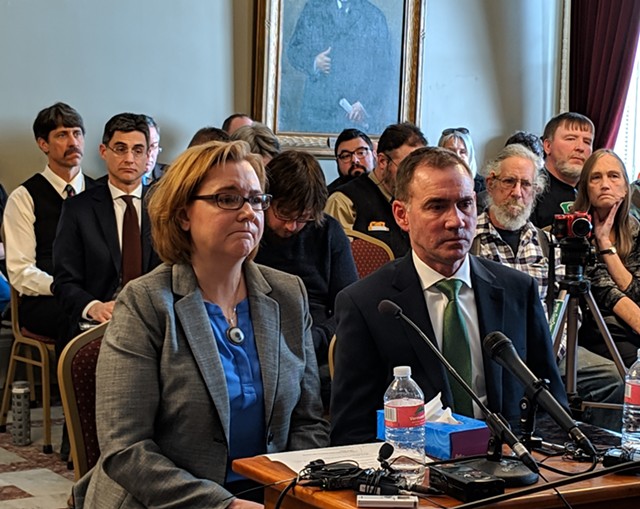 The pair had lobbied legislators hard for the change and said they were "deeply disappointed" that Scott "went political."

Legislators initially proposed a 48-hour waiting period to include all guns, but cut that period in half and removed rifles from the bill as a compromise.

California, Illinois and Rhode Island are among the states that have established waiting periods in law.

Ashe pointed out that, while the governor proposed instead to tackle mental health, childhood poverty and addiction issues, those strategies “scarcely registered” in his recent budgets.

“It is clear that the Governor’s disengaged approach to policy is not working for Vermont or for Vermonters,” Johnson wrote. “I hope to see him engage with lawmakers as legislation is developed next session.”

Because of the hurried way the general assembly adjourned this legislative session, lawmakers will not have a summer session to try to override any gubernatorial vetoes. Their next opportunity to do so will be when the legislature reconvenes in January.

The deadline for Scott to sign or veto another closely watched bill, H.57, was coming up Tuesday.

“Like many Vermonters, I have consistently supported a woman’s right to choose, which is why today I signed H.57 into law," Scott wrote. "This legislation affirms what is already allowable in Vermont — protecting reproductive rights and ensuring those decisions remain between a woman and her health care provider."