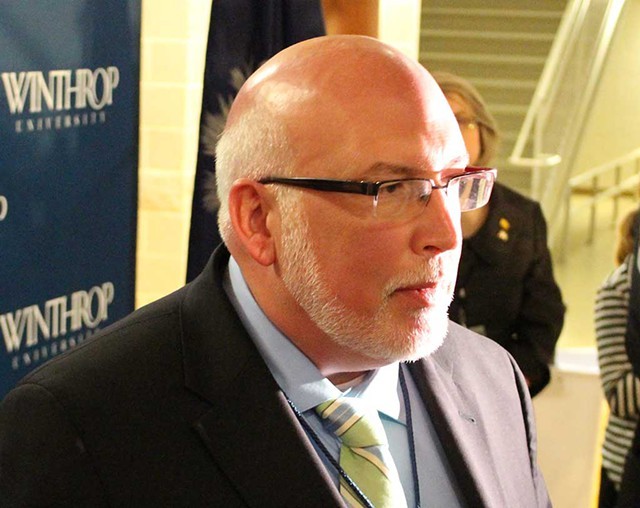 The adviser, former Sanders campaign manager and Senate chief of staff Jeff Weaver, made the charge as VTDigger reported on the past criminal conviction of another Sanders aide, Chuck Rocha, who is Latino.

“Sadly, like too many others in our society, the Vermont Digger wants to brand people like Chuck Rocha for life — an attitude that disproportionately impacts black and brown people and poor people,” Weaver told the online news outlet in a written statement. “This is just another way systemic racism works. It’s disappointing that VTDigger is helping to uphold it.”

In an interview Friday with Seven Days, VTDigger founder and editor Anne Galloway rejected the claim and called Weaver's words "a bullying tactic."

"These are the kind of tactics you'd expect from the Trump administration," she said.

The story in question, written by reporter Kit Norton, focused on Rocha's recent work negotiating a first-of-its-kind union contract for Sanders campaign staffers. It noted that Rocha had been convicted in 2013 of embezzling funds from the United Steelworkers union, for which he had previously served as political director.

As Politico reported in February 2016, Rocha pleaded guilty to one felony count of embezzlement and accepted responsibility for 17 other counts after he was caught diverting funds and falsifying records. Rocha used the money for Stanley Cup Final tickets, golf trips to Florida and South Carolina, and travel to London. As part of his plea deal, according to Politico, he was barred from serving as an officer of a labor union until 2026.

The Sanders campaign did not make Rocha available for comment.

In an interview with Seven Days, Weaver said his statement had been "a very measured response" and not "an indictment of VTDigger as an institution."

Asked whether he believed news outlets should never report on the criminal backgrounds of senior presidential campaign aides, Weaver said, "I didn't say they didn't have the right to write it. I didn't say they shouldn't write it. I just made the observation that when you engage in this kind of call-out reporting on a story that's been previously reported ... all it does is reinforce an unfair system."

Weaver said that while he had not spoken to Sanders himself about the matter, he had been speaking for the campaign when he made the remarks to VTDigger. "I will tell you that [Sanders] is a big believer in people having second chances ... And that's why, on our campaign, we have given many people second chances and will continue to do so."

According to Galloway, Rocha's ethnicity did not factor — and should not have factored — into VTDigger's decision to cover his past wrongdoing. She said it was newly relevant because he'd been negotiating a union contract. "We weren't thinking about his race," she said. "We were thinking about the conviction and what that meant in this context."

Galloway said her organization had been called plenty of things over the years — including "the National Enquirer," by former governor Peter Shumlin — but that this was "definitely a new line of attack."

"It's not like we're a bunch of babies here," she said. "We have pretty thick skin." But, she said, Weaver's allegation was the latest in a "pattern" of negative behavior from the campaign.

"Weaver has been belittling and nasty to us on the phone, so this isn't the first time," Galloway said.

Weaver declined to directly address Galloway's counter-charges. He did go out of his way to note that he's "not a regular reader of VTDigger."

"I'm trying to remember the last time I talked to Anne Galloway," he said. "Maybe never."
Prev
Next