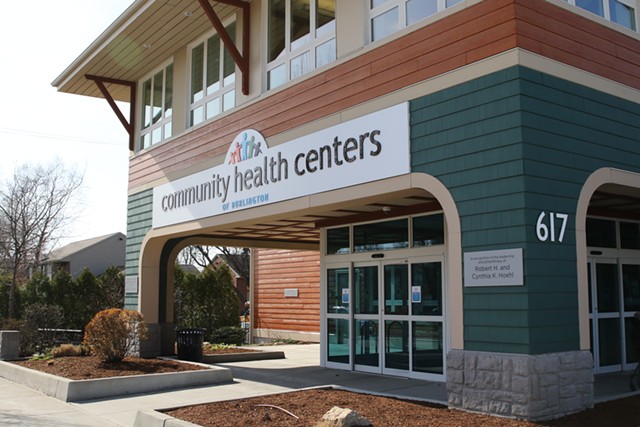 A razor-thin majority of medical professionals at the Community Health Centers of Burlington agreed to unionize in a vote Thursday at the nonprofit organization's Riverside Avenue headquarters.

The secret ballot to join the American Federation of Teachers, Vermont union passed 43-41 among physicians, registered nurses, social workers and others at the centers' eight regional practices, according to an emailed statement from AFT-Vermont.

However, a second group of so-called "nonprofessional" staff — medical assistants and health care support staff — defeated the unionization effort by a vote of 47-32. But organizers of the effort alleged the administration unfairly impacted the election process.

“We started with a clear majority who supported our union," medical assistant and union organizer Megan Cronkite said in an emailed statement Friday morning. "However, weeks of management intimidation, threats and promises took its toll, and we did not win today, but we are not giving up.”

The union, called Community Health United, is considering filing a complaint with the National Labor Relations Board due to "illegal threats and promises made by the CHCB administration, which tainted the election process," the statement said.

Community Health Centers of Burlington Employees Attempt to Unionize
By Courtney Lamdin
Off Message
AFT-Vermont organizer Matt McGrath refused to give specifics about the claims. Cronkite and fellow organizer Andrea Solomon, a physician assistant, did not immediately respond to interview requests.

David Turner, the acting resident officer for the NLRB's Buffalo, N.Y., district — which covers Burlington — said either party must file an objection within seven days, triggering an administrative hearing with cross examination. An NLRB officer would issue findings of fact on issues of election interference and possibly call for another vote, Turner said.

Results are generally certified within seven days, according to Turner, but won't be until any potential complaint is resolved.

Kim Anderson, CHCB's director of development and communications, was shocked to learn about the union's allegations.

"Wow," she said. "I’m actually very, very proud of how we went along with this process. It’s surprising to me, but obviously, they’re our staff, and we want to work with them, and we want to make sure everybody has the education and knows the impact of this decision. That’s been our only focus."

Anderson said the administration distributed flyers and emails prior to the vote. One of these emails, obtained by Seven Days, says unions can make promises even if they can't guarantee them: "The law assumes you know when something is too good to be true," it says.

Other emails show the union promised employees "greater transparency, a seat at the decision-making table and pay equity."

A health center employee told Seven Days last month that the unionization effort began over a pay discrepancy and expanded to include other concerns about working conditions. The employee, who spoke anonymously for fear of retribution at work, said the union effort seemed rushed.

Health center administration said at the time that a union drive would disrupt ongoing efforts to unburden medical staff who are doing more with less, an issue in primary health care nationwide. The organization has worked with a consultant on such issues for the last year, said Dr. Peter Gunther, CHCB's chief medical officer.

In the emailed statement, Solomon said the newly formed union will negotiate a contract "that will make CHCB better for employees and the patients we serve."

Correction, May 10, 2019: A previous version of this story misidentified Solomon's job title.
Prev
Next