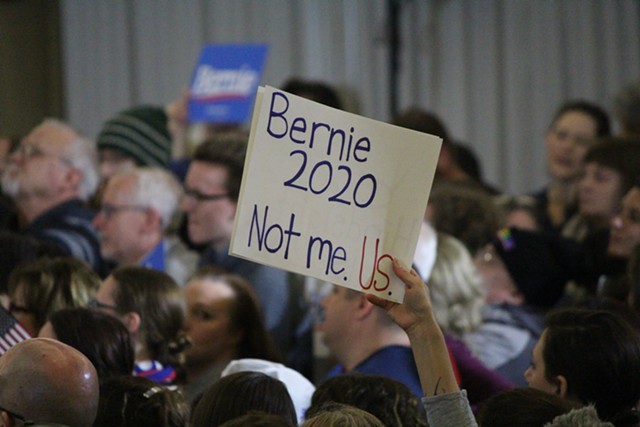 Employees of Sen. Bernie Sanders' (I-Vt.) campaign approved a collective bargaining agreement with management last week, the campaign and its union announced Wednesday. The contract appears to be the first of its kind ratified by a presidential campaign.

According to the United Food and Commercial Workers Local 400, which represents Sanders staffers, the contract offers sweeping new protections to a class of workers accustomed to grueling hours and low pay.

"Political campaigns are cause-driven, and because there is always more work that can be done, staffers are typically worked to the bone," Local 400 president Mark Federici said in a written statement. "But it doesn’t have to be this way. Even political work must be subject to minimum standards."

The announcement came a day after the Sanders campaign released a 16-page "equity blueprint" outlining steps it believes such organizations should take to ensure that they are safe and inclusive. Alumni of Sanders' 2016 presidential campaign have alleged that its leaders failed to address allegations of sexual misconduct and discrimination.

According to Local 400 spokesperson Jonathan Williams, the bargaining unit includes roughly 100 people and is "expected to grow to 1,000 at its peak." Williams would not disclose the vote tally but said that "the vast majority" of members supported the contract.

As Seven Days reported in March, political campaign and state party workers have only recently joined the labor movement. Among the first to do so were employees of the Vermont Democratic Party and the state's 2018 Democratic gubernatorial nominee, Christine Hallquist. Sanders' staff followed suit in March when they voted to join UFCW Local 400. Though several of his rivals have said they'd welcome a unionized workforce, it appears that only Rep. Eric Swalwell's (D-Calif.) campaign has organized.

Campaign Workers Unite! Sanderistas Join Growing Political Labor Movement
By Paul Heintz
Politics
Williams declined to provide a copy of the collective bargaining agreement, but the union disclosed some elements of it. Those include:

Though the "campaign equity blueprint" is not part of the collective bargaining agreement, according to Williams, the contract includes "very strong protections" to prevent and address sexual misconduct. "From what we've seen, the campaign has made every effort to do that."