The city cop who punched Douglas Kilburn, the 54-year-old Burlington man who later died, wants to review video from the March 11 incident before sitting for an interview with state police investigators.

The Burlington police union sued in state court Monday on behalf of Officer Cory Campbell to force city officials to hand over bodycam footage, surveillance video and other documents related to the altercation outside the University of Vermont Medical Center emergency department.

City officials denied the union's record request earlier this month, saying it would interfere with an ongoing investigation by Vermont State Police into Campbell's actions.

Campbell's attorney, Rich Cassidy, contended in court filings that releasing the video would aid the investigation, not compromise it. 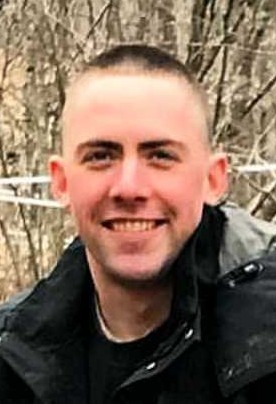 "The sole reasonable outcome from producing these records to the public is that Officer Campbell ... would be able to testify more accurately and completely at any future proceeding," Cassidy wrote in an April 22 motion for preliminary injunction.

"I cannot recommend that Officer Campbell voluntarily submit to an interview unless I first have an opportunity to review the video camera recording, in the presence of a qualified use of force instructor," Cassidy wrote to the city attorney's office in an April 3 email filed with the lawsuit.

Cassidy did not respond to a request for comment.

No laws or statewide policies in Vermont govern when to interview law enforcement officers who are involved in use-of-force investigations, Seven Days reported last year. Delays are common.

State officials rebuffed their attempts to intervene and warned them not to interfere with the state police investigation.

Del Pozo told Seven Days prior to the lawsuit's filing that the state police had asked him not to provide the bodycam video to Campbell, and that he had complied. Del Pozo denied Campbell's administrative appeal to release the records in a brief letter dated April 19. The chief wrote that any release of the video "is reasonably expected to interfere with the Vermont State Police investigation and any further enforcement proceedings."

Del Pozo told Seven Days that his department typically does allow officers to review such video before giving a statement to investigators. State police, however, do not.

The practice has drawn scrutiny from groups including the ACLU, which argues that it taints officer testimony by allowing them to make sure their version of events matches what their bodycam captured.

Last year, Texas Attorney General Ken Paxton issued a legal opinion that allows officers in that state to view any bodycam footage captured at the scene of officer-involved shootings before providing a statement.

Del Pozo's response to Campbell did not specify how the video might interfere with the state police probe — an omission Campbell's attorney is hoping to use to his advantage before Judge Helen Toor.

In court filings, Cassidy asked Toor to bar the police department and the city from providing additional explanation for their denials. Instead, he said, the case should be decided using only what city officials wrote in their earlier letters.

A hearing was set for April 29.

Read the complaint below: