REI to Open Its First Vermont Store in Williston | Off Message

REI to Open Its First Vermont Store in Williston 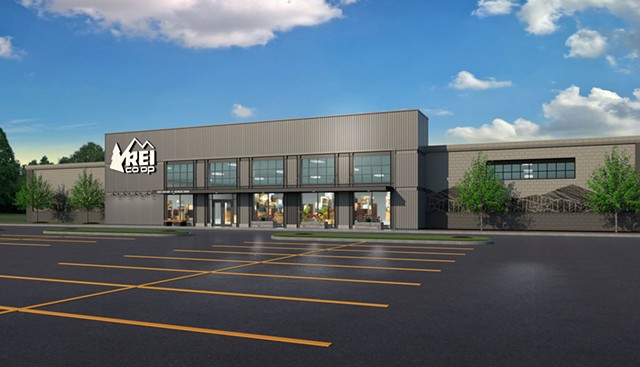 Recreational Equipment Inc., better known as REI Co-op, is preparing to open a store in Williston, the company's first in Vermont.

The Seattle-based outdoor gear retailer will take over a 31,100-square-foot space at 244 Retail Way that has been vacant since Toys "R" Us went out of business last year. The store will be next door to a Marshalls, near the intersection of Route 2A and Marshall Avenue.

Planning documents filed with the Town of Williston describe approximately $2 million in work planned for the building, including an update to the façade.

The town's Historic and Architectural Advisory Committee reviewed the plans at its March 19 meeting, and Matt Boulanger, director of planning and zoning, approved them on Monday. Boulanger said company officials gave no indication when they expect to open, but he said retailers that start the fit-up process this time of year generally hope to accommodate shoppers by the holiday season.

"Based on what I see in the permit application and the changes they're proposing, it'll take some work out on the exterior," Boulanger said. "But it's the proverbial big box, so those are pretty easy to configure."

An REI spokesperson did not immediately respond to a request for comment.

Chittenden County is home to several outdoor gear stores, including many in downtown Burlington. An Eastern Mountain Sports store in South Burlington closed in 2017 after the company declared bankruptcy.

Retail centers in other parts of the country have been hit hard by online shopping and other market changes, but Boulanger said that Williston has been relatively lucky in that regard.

"At least for now, we’re not having that problem where stuff sits empty for years and years,” Boulanger said, “and that’s a good thing.”
Prev
Next