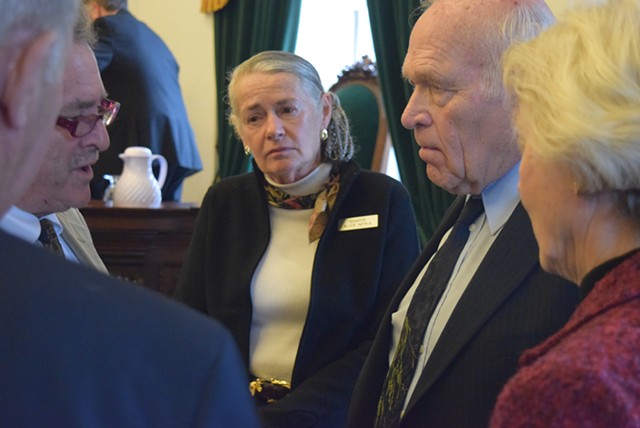 The Vermont legislature on Wednesday gave eight superior court judges six more years on the job, including Judge Samuel Hoar, who has faced criticism over his alleged treatment of women who have appeared before him or work in the court system.

During a joint assembly of the state House and Senate, legislators voted 129 to 36 to keep Hoar on the bench. Each of the other judges up for a vote Wednesday were approved by even larger margins. Five were approved unanimously.

At a late February meeting of the legislature's Joint Committee on Judicial Retention, two female attorneys testified that Hoar had treated them in a sexist and condescending way, as VTDigger.org and the Burlington Free Press reported at the time. The lawyers, a deputy state's attorney and a former law clerk of Hoar's, said the judge had acted aggressively and dismissively toward women in the courtroom.

Hoar later apologized to the committee and presented a remediation plan that included training and monitoring. The panel, which is made up of four representatives and four senators, ultimately voted 7 to 1 to recommend Hoar's retention.

Sen. Alice Nitka (D-Windsor), who chairs the committee, said during Wednesday’s debate that Hoar’s response to the criticism had been impressive enough to merit another term.

“He demonstrated a great deal of willingness, capability and some insight to reflect on their commentary and feedback,” she said, referring to the women who questioned his fitness for the job.

While the majority of lawmakers were content to let Hoar keep his robes, some said an acknowledgement of the problem wasn't enough. Rep. Jean O’Sullivan (D-Burlington) said the very need for implicit bias training showed that Hoar wasn't fit for his job.

“I do not want anyone presented in front of that judge while they’re being trained for implicit bias,” she said.

In remarks before the vote, Sen. Debbie Ingram (D-Chittenden) reminded her colleagues “how important it is to root out any bias based on any characteristic of persons who come before the court.”

Nitka noted that the Vermont Bar Association was planning to conduct a review of all superior court judges in three years — halfway through Hoar's new term. She called that review “an oil change” that could serve to address any issues that emerge.