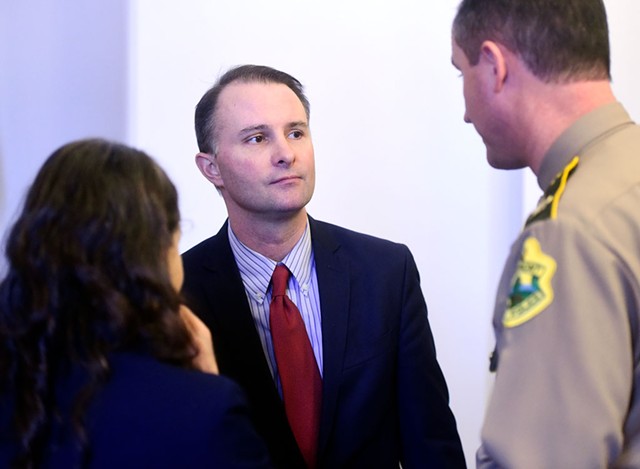 The suit was originally filed on February 18 by a total of 16 state attorneys general. Four more states, including Vermont, Massachusetts, Rhode Island and Wisconsin, joined the suit Wednesday. It alleges that Trump's February 15 declaration exceeds the power of the executive office, violates the U.S. Constitution and would — by allocating budgeted funds to pay for a border wall — illegally divert federal funds appropriated by Congress for other purposes.

"The president has manufactured a political crisis over the wall," Donovan said, "and wants to divert funds already dedicated [by Congress] to serious public policy ends."

Previously, Donovan had said he would join the suit only if he could identify ways that the national emergency declaration would specifically harm Vermont. He now says he has identified such injuries.

According to Donovan, Trump may reallocate money from military construction, asset forfeiture programs and counter-drug efforts. He said roughly $1 million that Vermont would expect to receive is now at risk.

Military construction, said Donovan, is not a factor in Vermont. But a share of money collected by the feds through asset forfeiture flows back to Vermont. The antidrug efforts, he said, "support state and local law enforcement efforts to fight drugs," primarily heroin, cocaine and fentanyl.

The attorneys general seek to block the emergency declaration, the unauthorized construction of a border wall and any diversion of congressionally appropriated funds.
Prev
Next