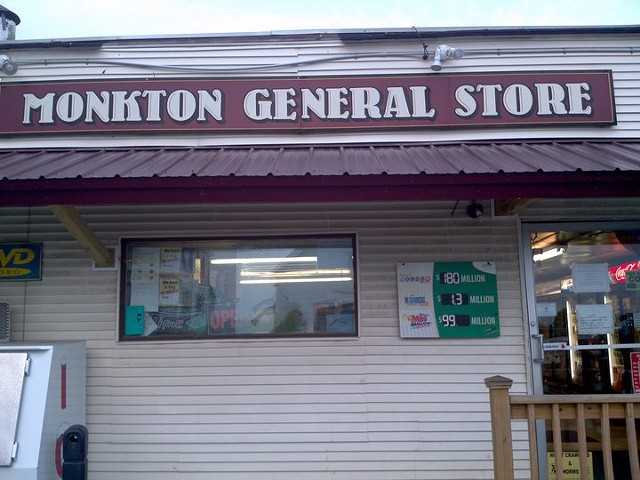 The owners of the Monkton General Store, an institution for approximately 150 years, are preparing to shut the business down unless they can raise $20,000 by Saturday night.

Darcee and Sam Alderman need the cash to pay state taxes to keep the place open. They're simply asking people to make some purchases. “I’m cautiously optimistic,” Darcee Alderman told Seven Days. “We have that in inventory here, so if we can just get the sales.”

The couple announced the news Wednesday night on Facebook. Customers responded Thursday, streaming in and out to buy gas, beer and wine, deli sandwiches, pizza, groceries, and other items sold at the small store on Monkton Ridge.

“It’s been amazing. I honestly had no idea that that many people cared. I’ve already broken down a couple times this morning,” Darcee Alderman said. “Just the outpouring of concern and wanting to help and keep us open has just been absolutely humbling.”

The Aldermans purchased the store in 2007 as the economy was booming. But when the recession hit, the couple got behind on their taxes. In recent years, fewer customers have shopped at the general store, opting for cheaper prices at big box stores or chain gas stations that can offer better deals.

“It makes it really hard to pay the bills and, essentially, stay open,” Alderman said. “If you want the local store to be open, sometimes you have to pay an extra 10 cents, 15 cents for something. I don’t think people necessarily understand that concept.”

Hard times for general stores is nothing new in Vermont. Seven Days reported on the problems last December and noted the innovative ways owners are working to survive. Alderman has tried to find her own niche by making chocolates that she sells out of the store and online.

Vermont General Store Owners Innovate to Stay Relevant
By Sasha Goldstein
Business
“I started it about two years ago, just making a couple truffles because I couldn't get any of those buckeyes from the vendors I was using. Last year, a little bit before Christmas, I kind of realized, ‘Wait, this is turning into something,’” Alderman said. “And it’s turned into a great business.”

That business, though, hasn’t been enough to keep the general store afloat. Compounding the problems, Alderman said it’s been a slow winter for her shop.

The clock is ticking. Despite her optimism, Alderman acknowledged the challenges for general stores, which have shuttered by the dozens during the last decade.

“It’s an epidemic in this state, really,” she said. “But we keep trying.”
Prev
Next