Shannon Raises Most Cash of All Burlington Council Candidates | Off Message

Shannon Raises Most Cash of All Burlington Council Candidates 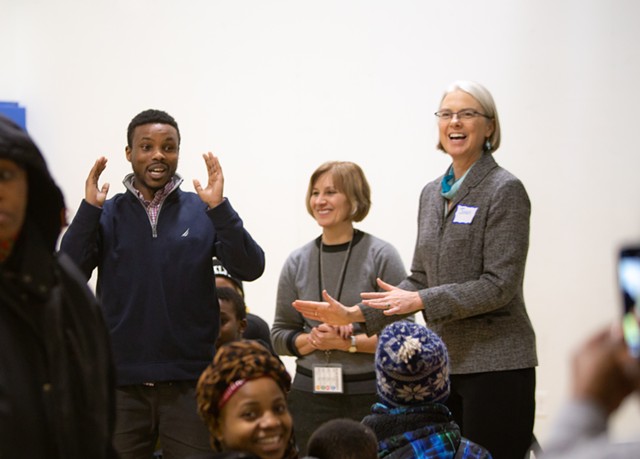 Progressive Mohamed Jafar, who is challenging Shannon, raised $1,700. Only one of his donors contributed more than $100; those who give less than that amount are not required to be identified in Vermont campaign finance filings. The other candidate in the race, Republican Paco DeFrancis, didn't file a report.

The Sunday night deadline was for the first campaign finance filing of the season and came about a month before Town Meeting Day, which falls on March 5. Eleven candidates are running for four Burlington City Council seats.

In the North District, political newbie Kienan Christianson, an independent who earned the Progressive nomination, nearly matched Shannon by raising about $3,300. Three of the five donors who gave Christianson more than $100 live outside of Burlington, according to his filing. He hopes to replace Democrat Dave Hartnett, who is not running for reelection.

One of Christianson's opponents, Democrat Franklin Paulino, reported raising $1,900, mostly from family and neighbors. He's already spent more than $1,500 of that total — more than any other candidate — on yard signs, campaign literature and ads in the North Avenue News, according to his filing. The other candidate in the race, independent Ericka Bundy Redic, did not file a report.

In the Central District, incumbent Jane Knodell said in her filing that she had not raised any money and Democrat Jared Carter did not file a report.

Perri Freeman, who earned the Progressive endorsement over Knodell, reported Wednesday that she raised about $1,580. All but two of her 25 donors contributed less than $100.

Correction, February 6, 2019: An earlier version of this article did not include the complete list of candidates.
Prev
Next