Burlington City Councilor Accuses Other Members of Racism | Off Message 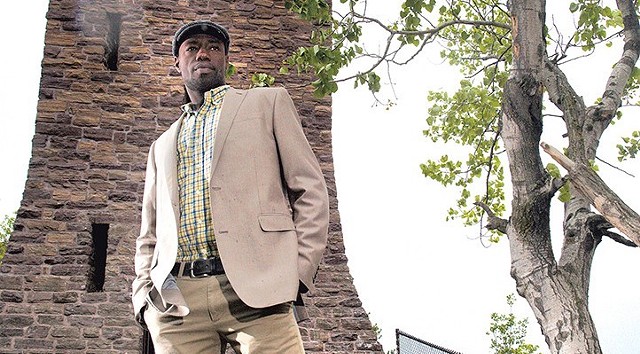 A Burlington city councilor has accused six of his colleagues of voting against a resolution he introduced because he is black.

Ali Dieng (D/P-Ward 7) fired off the accusation in a tweet around midnight Tuesday, shortly after his proposal to provide increased support to the city's Neighborhood Planning Assemblies failed in a 6-6 vote.

"Thank you to all the councilors that voted to support the motion calling for an open process to strengthen our NPAs," Dieng wrote. "The motion failed 6-6 because it came from @diengali the only back [sic] councilor in #BTV."

The resolution, cosponsored by Dieng, Max Tracy (P-Ward 2), Brian Pine (P-Ward 3) and Dave Hartnett (D-North District), asked the city to work with the NPAs to identify the support and money they need to operate more effectively. Four Democrats, Adam Roof (I-Ward 8) and Council President Kurt Wright (R-Ward 4) voted against the measure, saying that some of the local neighborhood groups opposed the resolution and others hadn't had time to weigh in.

Thank you to all the councilors that voted to support the motion calling for an open process to strengthen our NPAs. The motion failed 6-6 because it came from @diengali the only back city councilor in #BTV. #btvcc.

"I don't think we have an obligation to vote yes based on the skin color of the maker of the motion," she wrote in response. "My NPAs didn't know where it came from when they came out in opposition."

"Your statement is untrue and I take great offense to it, as anyone would," Shannon added in a follow-up tweet.

Wright said he contacted Dieng on Tuesday and asked to meet with him and Curtiss Reed Jr., executive director of the Vermont Partnership for Fairness and Diversity, to iron out the issue. Reed, who is black, has led implicit bias training for the city in the past, according to Wright.

Wright called the tweet "troubling" and noted that several councilors had emailed him to voice their frustrations about the accusation. "It is really creating a divisive issue for the council, for councilors who think they really made clear to Ali why they were going to vote against the resolution," Wright said.

The council president added that NPA leaders also disagreed with Dieng's proposal. "I would like to have the opportunity to sit down with Ali and understand why he is saying these things," Wright said.

In an interview Wednesday, Dieng said he stood by what he'd posted online. "I’m not backing up from that statement," he said. "I made my conclusion this was a good and wonderful resolution and the people did not vote for it because it comes from me."

He acknowledged the possibility that councilors voted against the measure because of political differences. But because he earned endorsements from both Democrats and Progressives in the past, he contended that it had at least something to do with his skin color.

The councilors who opposed his NPA resolution also campaigned against him earlier this year in the run-up to the March election, Dieng said. The failure of his recent resolution is more of the same, he added: "You don’t want to give Ali a win."

Correction, December 13, 2018: A previous version of this story misidentified the party affiliation of one councilor who voted against the resolution.
Prev
Next