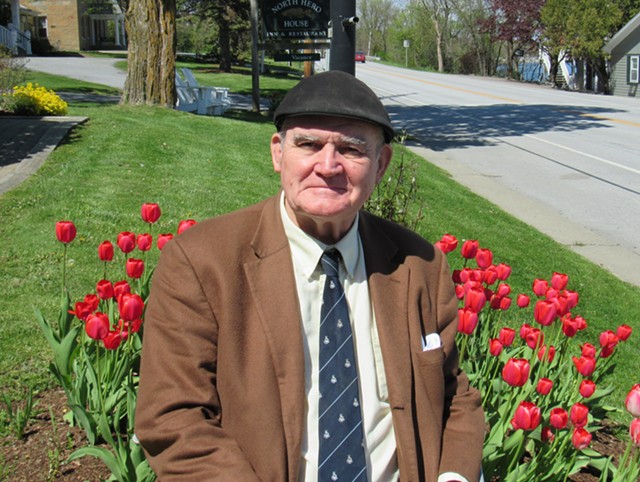 Rep. Ben Joseph (D-North Hero) has successfully petitioned for a recount after finishing fourth in a race for two seats representing Grand Isle County and a slice of Milton in the Vermont House.

A candidate is eligible to request a recount if the margin between winner and loser is less than 5 percent of the total votes cast, "divided by the number of persons to be elected," according to Vermont statute.

Judge Robert Mello scheduled the recount for 9 a.m. on November 28 at the Grand Isle County Courthouse in North Hero, according to Joseph.

Joseph said that as the deadline to make such a request approached, he thought, “What the hell? I should ask for a recount. It’s a pretty slender margin.”

Though Michael Morgan came closer to defeating his uncle than Joseph did, the latter said with a laugh, "I think it would be unlikely he'd be looking for a recount."

Leland Morgan said Wednesday that he was surprised to get a call Tuesday learning about the recount. On Monday, he'd had coffee with Joseph, who congratulated him on the win. The two had chatted about the upcoming legislative session and different committees, according to Morgan, and Joseph never mentioned a recount.

"He just wished me luck," said Leland Morgan. "But I guess he changed his mind." He added, "It kind of surprised me, but it's within his right to do so. That's how the system works."

When Joseph first won election to the House in 2016, he also went through a recount. Initial results indicated that he'd lost the primary by 10 votes to fellow Democrat Andrew Julow. But a recount turned up an additional 35 ballots in South Hero that hadn't been counted, according to Joseph, "and 28 of them were for me."

"And then I led the ticket in the general. I got more votes than anybody," Joseph said.

So is history on his side?

He continued, "I'm very disappointed I didn't win outright the first time around but — who knows?"
Prev
Next