Leahy, Welch Say Acting AG Should Recuse Himself From Mueller Probe | Off Message 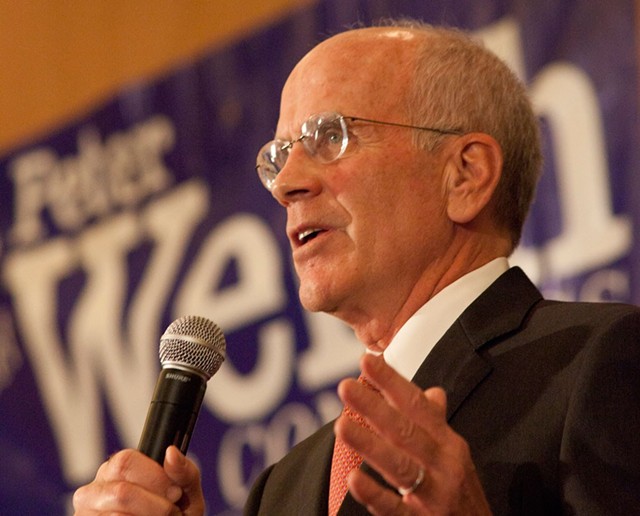 "Good riddance!" Welch said. "This guy is the worst attorney general in my lifetime. I mean, he's the enforcer of family separation, condones voter suppression, the Muslim ban. This guy's absolutely awful."

But Welch, who won his seventh term in Congress the day before, does have one fear: "President Trump is pretty good at finding bad people, and he might replace [Sessions] with somebody that's worse."

For now, Sessions' chief of staff, Matthew Whitaker, will serve as acting attorney general, according to the White House. He will oversee Special Counsel Robert Mueller's investigation into Russian interference in the 2016 election and allegations of obstruction of justice by the president and his associates.

That has Welch and Sen. Patrick Leahy (D-Vt.) worried, because Whitaker has supported defunding the investigation and limiting its scope. Both men said Wednesday that Whitaker should steer clear of the Mueller probe.

"I am strongly in favor of him recusing himself," Welch said. "It would be a way of him providing more reassurance that they're not going to mess with Mueller."

Vermont's third member of Congress, Sen. Bernie Sanders (I-Vt.), did not respond to an interview request.

Leahy, a former chair of the Senate Judiciary Committee, said Deputy Attorney General Rod Rosenstein should continue to oversee the investigation because he has "proven honest and objective." Leahy said he believes Trump asked for Sessions' resignation in order to stymie the special counsel.

"My guess is that he's hoping that he might be able to get Mueller off this entirely," the senator said. "You're [appointing] somebody who has publicly stated that he's totally against the Mueller investigation."

Leahy said that if that's the case, it would constitute obstruction of justice.

Welch wouldn't go quite so far, even though he has previously said that firing Rosenstein to end the Mueller investigation would be obstruction.

"You know, you're doing a hypothetical. We just don't know what the facts are," Welch said. "If he fires Mueller, then that's obstruction of justice, in my view, and would be impeachable."

Welch, whose party won control of the House on Tuesday, said he hopes Democrats will focus more on investigating the president and providing oversight than pursuing his impeachment.

"I am absolutely committed to protecting the integrity of the Mueller investigation," he said. "And, in fact, I think with the new Democratic majority my confidence that we can maintain its independence has increased."