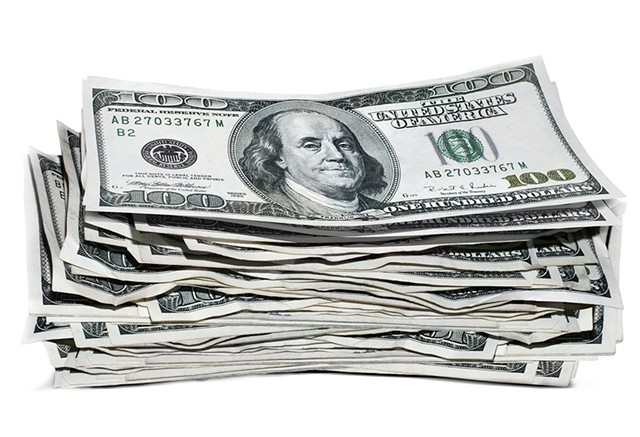 Some Vermont Democrats are trying to step up their super PAC game, but the party chair isn’t so sure it’s a good idea.

In August, a new super PAC called Win Vermont registered with the Secretary of State's office. Such a political action committee can accept unlimited contributions but cannot coordinate with candidates or parties.

The new entity's unpaid treasurer and the only person officially affiliated with it is Arshad Hasan, who once served as executive director of Democracy for America, a PAC founded by former governor Howard Dean. A September campaign finance filing for Win Vermont showed that it hadn’t raised any money but “that won’t be true for long,” according Hasan. The next filing deadline is October 1.

Shap Smith, a Democrat who served as speaker of the Vermont House and also ran for lieutenant governor in 2016, participated in some informal discussions that led to the creation of Win Vermont. Hasan declined to identify the other participants.

Brainstorming began after the 2016 election, when a Republican Governor’s Association-backed super PAC called A Stronger Vermont spent nearly $3 million to support Phil Scott. On the other side, seven different PACs collectively spent about the same to support Democratic candidate Sue Minter.

“There was a real fracturing of the left,” Smith said, which left people looking for “a way to bring progressive groups together.”

The former speaker said he spoke with people about the possibility of a creating a social welfare organization known as a 501c4 — not a political action committee — and he emphasized that he had no role in founding Win Vermont nor any prior knowledge of it.

Hasan suggested Republicans spent more effectively because a single entity provided almost all of the outside money. He’s hoping Win Vermont will serve as a clearinghouse for local donors and out-of-state organizations that want to support Vermont candidates and collaborate on messaging.

But if the whole point is greater coordination, why set up an entity that is legally prohibited from coordinating with Democratic candidates and the state party?
And does Win Vermont risk siphoning money that might otherwise be given to the Democratic Party?

"I’ve had this discussion with other people," Hasan said, but he stressed that he thinks there's plenty of room for both the party and outside groups.

Vermont Democratic Party chair Terje Anderson is less sure. "It’s a great question that we don’t know the answer to yet,” he said.

“I’d prefer all this kind of stuff go through candidates and parties,” Anderson noted. “I think there’s a need for more transparency in politics, and I’d prefer we’d see less of this [PAC spending], but it is the game.”

"The U.S. Supreme Court has opened the door to unlimited dark money and campaign spending by Super PACs, 'social welfare organizations,' independent expenditure groups, and other powerful interests," the platform reads. "We reject this pernicious influence on our electoral process, whether by special interests, wealthy individuals or foreign powers."

*Clarification, October 1, 2018: A previous version of this story did not fully explain Smith's role in the discussions surrounding the super PAC's formation.