The move came a day after Seven Days reported on Burlington Republican Party chair Paco DeFrancis' online criticism of Sen. Debbie Ingram's (D-Chittenden) 2017 drunk driving arrest. Farrell condemned the attack on Wednesday and said his campaign had had nothing to do with a video DeFrancis posted featuring footage of Ingram's arrest.

But later Wednesday, DeFrancis sent Seven Days screenshots of a text-message exchange he'd had with Bartley in July suggesting that the campaign manager had approved the video. (DeFrancis posted the screenshots to Twitter on Thursday morning but quickly deleted them.)

DeFrancis said in an interview Thursday that he'd understood Bartley's texts as a "go-ahead" to circulate the video. "I would've never posted it if I hadn't talked to him," DeFrancis said.

Bartley confirmed the authenticity of the texts but took issue with DeFrancis' interpretation of them. "There’s absolutely no way in that moment that I’ve … given permission for an ad like that to be released," Bartley said, calling DeFrancis "a little bit of a loose cannon." 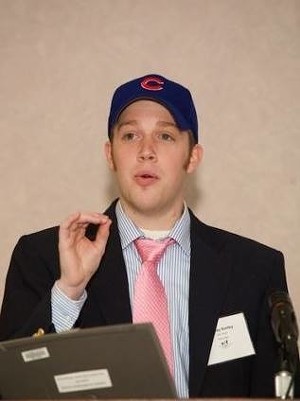 Farrell said Thursday that he was "frustrated" to learn Wednesday night of the text exchange. The candidate said he'd asked Bartley to step away from the campaign "so that I can figure out exactly what happened here." In the interim, Farrell said, City Council President and state Rep. Kurt Wright (R-Burlington), would manage his campaign.

The text messages show that DeFrancis sent Bartley the Ingram video on July 27. “Wow. Did you do that?” Bartley responded.

DeFrancis explained that he'd made the video because he perceived Ingram and Sen. Chris Pearson (P/D-Chittenden) as the weakest of the six Democratic and Progressive incumbents in the race to represent Chittenden County in the Senate.

“I agree,” Bartley wrote. “Pearson is really nervous. I like the ad but gotta figure out how to get it out there post primary.”

Later in the exchange, DeFrancis wrote Bartley, “I can also push it, or at least this strategy, so it doesn’t look like Alex is going negative." Bartley did not respond to that text.

Bartley explained in an interview Thursday that when he responded to DeFrancis, "I was really just trying to, for lack of a better term, stall.”

“I definitely could have been more stern, basically saying, 'Don’t ever think about doing something like that,'” Bartley said. But, he added, “[DeFrancis] did the ad on his own, the whole nine yards. I could have chosen my words better. Absolutely, I’ll fall on that sword.”

Bartley, a former executive director of the Vermont Republican Party, clarified that he did not, in fact, approve of the attacks against Ingram.

“It’s a heinous ad. It’s disrespectful. It’s not good for the process," Bartley said. "I think the ad needs to come down no matter what and Alex can continue talking about the issues. This is such an ugly distraction.”

So why did DeFrancis release the texts? He told Seven Days he'd grown furious after Republican Gov. Phil Scott condemned the video Wednesday on Twitter and Bartley retweeted Scott's message.

“I wasn’t some rogue actor out there,” DeFrancis said. “And then it doesn’t feel good to have Bartley and the governor’s campaign proceeding to just rile this up again.”

The Burlington GOP chair said he understood that Farrell had to distance himself from the attacks and was "more upset at the governor's team."

“There’s no need for him to stick his beak out,” DeFrancis said of the governor.
Prev
Next