In a highly unusual move, Burlington police on Friday publicly criticized prosecutors for not pursuing criminal charges against a Colchester man who claimed self-defense for his role in a downtown shooting that injured an innocent bystander.

Carl Martin was charged in August with aggravated assault, aggravated disorderly conduct and reckless endangerment for his alleged actions in the February incident.

According to police, Martin's brother had a long-simmering dispute with Rashad Nashid over a woman. The men ran into each other at Nectar's on Main Street one February night and began arguing. Nashid later left and went next door to Esox, another bar.

But he and Carl Martin continued to argue while both were outside smoking. Martin eventually punched Nashid in the face, prompting both men to pull handguns. Nashid fired, according to cops, hitting the 27-year-old bystander.

Chittenden County State's Attorney Sarah George recently announced she would not prosecute Martin, 33, because the evidence showed he feared for his brother's life after an armed Nashid made threats throughout the course of the night.

In what he labeled a "statement of principled disagreement," Burlington Police Chief Brandon del Pozo slammed that decision Friday.

"We felt a courtroom of Vermonters should consider whether or not Carl Martin needed to preemptively attack Nashid with a fist and a gun to protect his brother," del Pozo wrote. "The consequences were too serious for the city to accept his word without a judicial process." 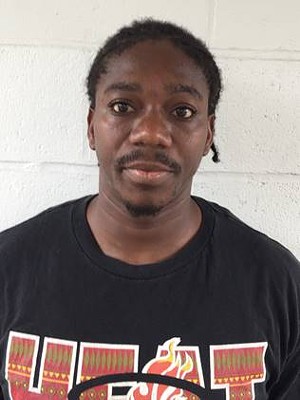 He continued: "Nashid and the Martin brothers had a simmering dispute, and it culminated in near-fatal violence on a Main Street sidewalk. When an uninvolved person is shot under such circumstances and two of the disputants were allegedly escalatory and elusive, we feel their self-defense argument shouldn't simply be taken for granted."

In the criminal justice system, police have the power to make arrests but independently elected prosecutors make the final decisions on which charges to pursue in court.

George declined to comment Friday on del Pozo's statement. She referred to a letter to police that she released on August 31 explaining her decision.

"Mr. Martin's actions were irresponsible, dangerous and injudicious," she wrote. "However, given the totality of the circumstances, his actions were not criminal."

"Our police department is right on this one," Weinberger said. "A night of gun violence in downtown [Burlington] like this should be judged by Vermonters in a court of law. A free pass sends the wrong message."

Nashid was arrested shortly after the shooting and is currently in federal custody on gun possession charges. He's due to be arraigned September 20 in Chittenden Superior Court on charges of aggravated assault, negligent use of a gun, aggravated disorderly conduct and reckless endangerment.
Prev
Next