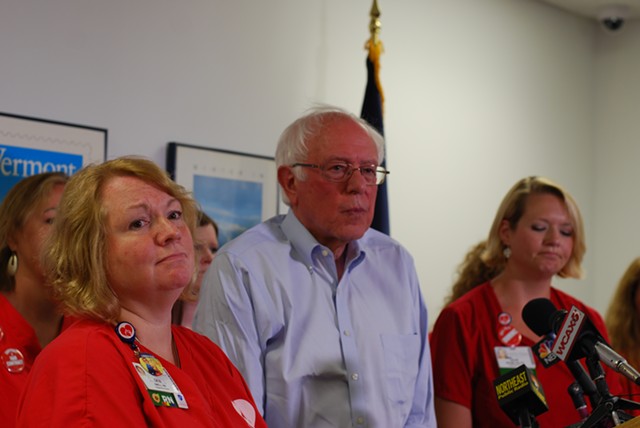 As the University of Vermont Medical Center and its nurses' union hash out a new contract, the sides continue to operate under the terms of the old pact, which expired July 9.

But at least one policy has changed: The hospital no longer collects union dues from nurses' paychecks.

Under the previous three-year contract, the hospital collected dues automatically from members' biweekly paychecks and passed the funds along to the union. That agreement became "null and void" when the contract expired, according to UVM Medical Center spokesman Michael Carrese.

Union vice president Deb Snell said her organization was not surprised by the end to automatic dues collection and is preparing bills that it will send to its 1,800 members in the coming weeks. The union is in good financial shape and is not concerned, since it expects a majority of members to pay voluntarily, Snell said. Members have come forward asking where to send their money after learning the hospital was no longer collecting dues, according to Snell.

Despite the provision in the contract that ended the dues collection agreement, Snell argued that the hospital could have continued the practice.

“It was their choice to do this,” she asserted.

Carrese said the hospital has "no interest" in union busting and has cooperated with the labor organization to provide it with information needed to collect dues from members directly.

Moving forward, the union is looking into permanent payment alternatives, such as e-billing, so that it does not have to rely on the hospital again, Snell said.
Prev
Next