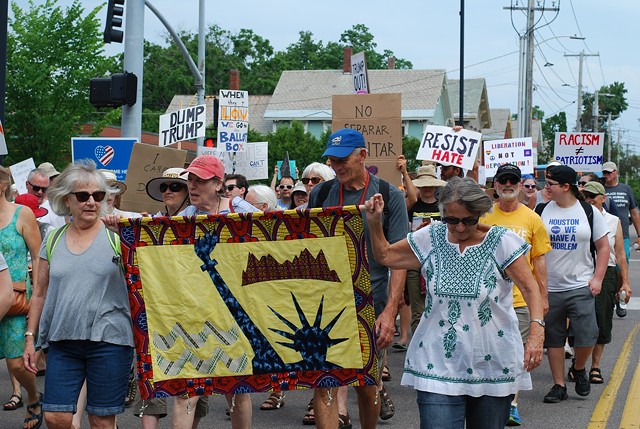 At least 500 people marched in the Queen City Saturday against the immigration policies of President Donald Trump — a large protest in a city that has seen its share of marches in recent years.

Some also carried signs protesting the arrest this week of Vermont farmworker Alejandro Hernández-Ventura, a Mexican man who was pulled over by Immigration and Customs Enforcement on Sunday and was arrested.

Marchers shouted "Children need their parents and their families!" and "Hey hey! Ho ho! ICE has got to go!" as they walked from the top of Church Street through downtown and then on to Battery Park.

MoveOn, a progressive public policy advocacy group, declared June 30 a day of action in protest of the Trump administration's zero tolerance policy at the southern border, prompting demonstrations across the country. Three Burlington residents, C.D. Mattison, Kesha Ram and Jamie Gay, organized the local rally with help from sponsors including Migrant Justice and Black Lives Matter Vermont. News of the march spread by word of mouth.

Christine Hauslein, a retired teacher from Milton who attended Burlington's event, said that as an advocate for children, she could not ignore family separations. She said it is "sheer horror" to think that parents do not know where their children are.

"We would have a stroke if someone missed the bus," she said. "Parents would be so upset we'd get phone calls. And now we have people who don't even know what state their children are in."

Slideshow Vermonters Take to the Streets to Protest Immigration Policies 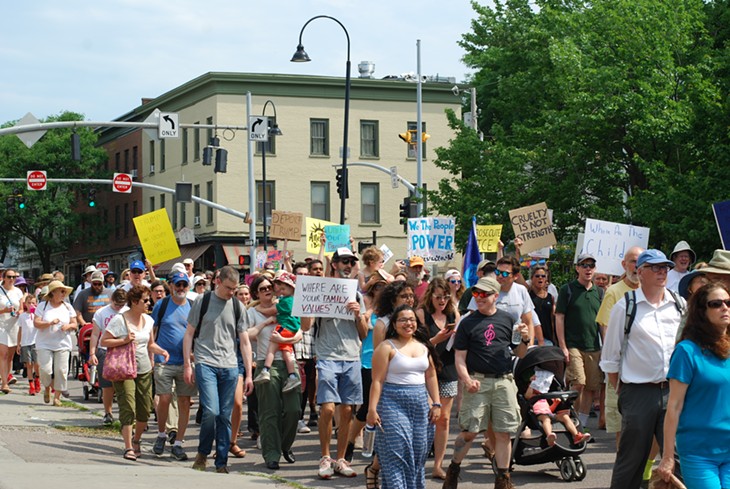 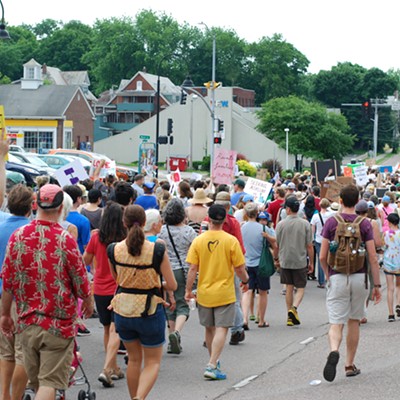 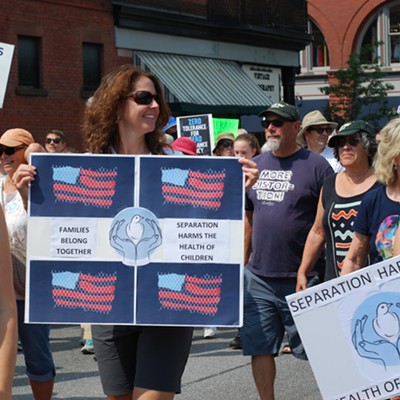 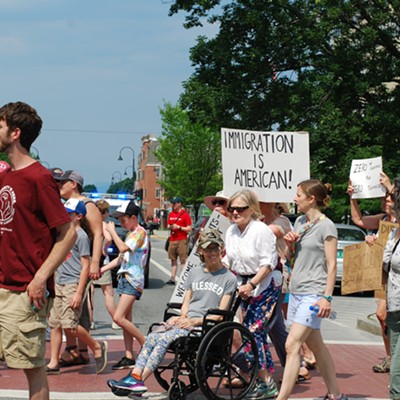 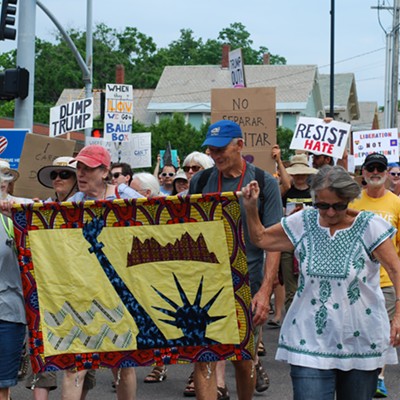 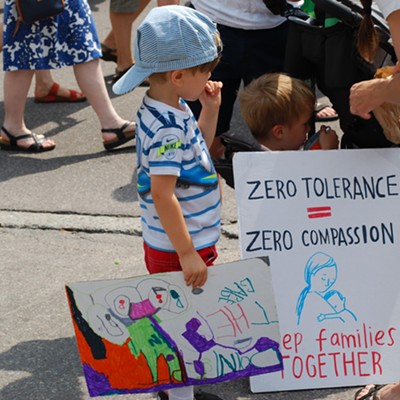 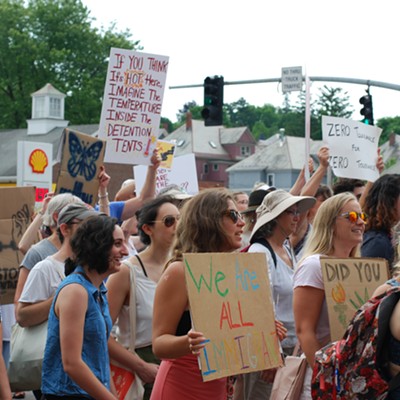 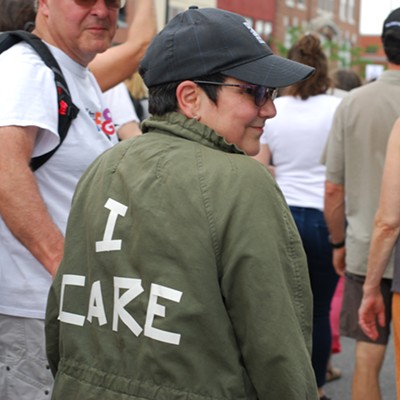