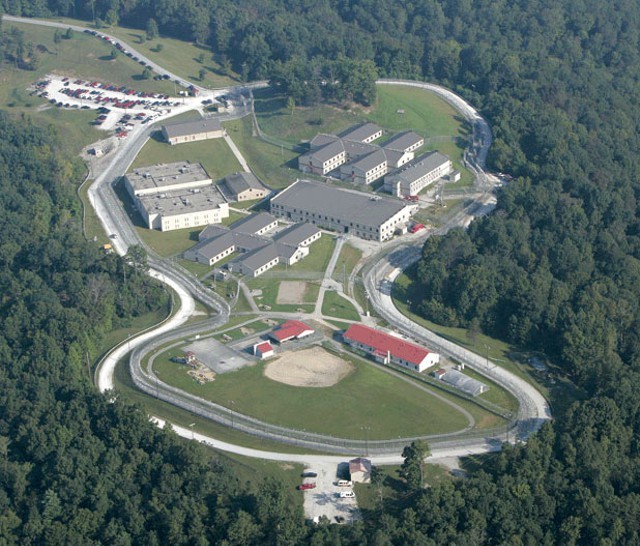 Private prison contractor CoreCivic and another company called Central Falls Detention Facility Corporation have submitted bids to house more than 200 Vermont inmates in privately run prisons outside of the state.

Vermont Department of Corrections officials revealed the bidders in a written response to a public records request made by attorney Barry Kade, an inmate advocate. CoreCivic submitted an offer to house inmates at its prison facility in Tallahatchie County, Miss., according to the letter, while the Central Falls Detention Facility Corporation offered to house Vermonters at its prison in Rhode Island.

Daniel Martin, the warden of the Central Falls facility, clarified in an email Wednesday that the prison is a "quasi-public" entity. Despite being labeled as a corporation, the organization has close ties to the local government in Central Falls, R.I.

"[T]here is a Board of Directors who are appointed by the Mayor of Central Falls, who then identifies an Administrator (Warden) to operate the Correctional facility," Martin wrote. Kade provided the corrections letter to Seven Days, and Vermont Deputy Corrections Commissioner Mike Touchette confirmed that both companies bid on the contract. Further details about the bids were not released.
The companies are competing to house and supervise Vermonters currently incarcerated at the Pennsylvania state prison in Camp Hill. Vermont sends inmates out of state because of a lack of available space within the state’s existing prisons.

The agreement between Vermont and Pennsylvania began in June 2017. It's frustrated some officials, who say the deal doesn’t give them enough control over how the state's inmates are treated. The deal uses what’s known as an interstate compact, which gives Pennsylvania the legal authority to treat the inmates under that state’s policies, ignoring protections offered in Vermont.

There have also been reports of guards in Pennsylvania threatening and beating the inmates. Three Vermonters have died in the year since they were moved to Camp Hill: Roger Brown and Herb Rodgers died at the facility, and Tim Adams died shortly after being transferred back to Vermont.

Martin, the Central Falls warden, said that even though his organization is quasi-governmental, its proposal to the state of Vermont would go through the private contracting process, not an interstate compact.

CoreCivic, formerly known as the Corrections Corporation of America, is a familiar name in the Green Mountain State. Until 2015, the private prison company housed Vermont inmates in Kentucky and Arizona. And earlier this year, Seven Days reported that CoreCivic had met with state officials in the months before Human Services Secretary Al Gobeille unveiled a plan for a $150 million prison campus in Franklin County.

CoreCivic did not immediately return a request for comment.

Correction, June 7, 2018: The CoreCivic prison is located in Mississippi. A previous version of this story contained an error.
Prev
Next