Vermont House Approves Budget as Governor Digs In | Off Message 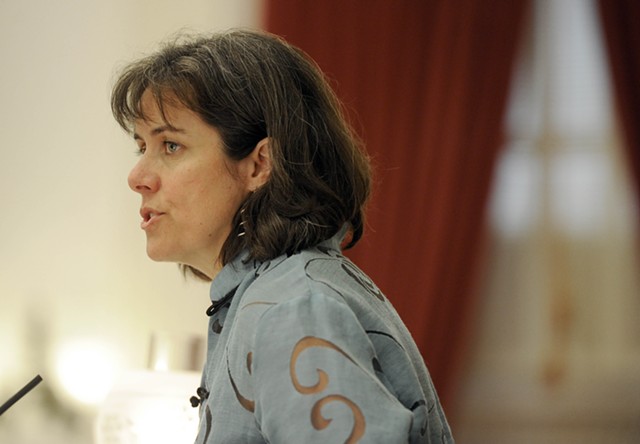 The Vermont House gave final approval to a new budget Tuesday, and the Senate is expected to do the same later this week. But while it was pitched as a controversy-free proposal, the bill appears destined for yet another gubernatorial veto.

His objections didn’t stop the House from voting 83-40, along party lines, for the new budget. Before doing so, lawmakers rejected several amendments designed to meet the Republican governor’s demand that property tax rates stay level.

Rep. Scott Beck (R-St. Johnsbury) proposed keeping rates level by using about $33 million in one-time general fund money to pay for Act 46 school district merger incentives. That money would be paid back to the general fund in later years. Last week, the House voted down a similar proposal from Rep. Cynthia Browning (D-Arlington).

Democrats suggested the amendment would simply postpone a tax increase, which would occur when it came time to pay the money back. “We don’t like the idea of turning it into a loan. We think that’s bad policy,” said House Ways and Means chair Janet Ancel (D-Calais).

Beck’s amendment would also have altered the education funding formula, leading to steeper tax increases for high-spending school districts. Ancel made the case that these changes, which her committee considered earlier this year, would have a draconian effect on some school districts.

The Senate is expected to take up the budget bill Thursday, but with 25 days left in the fiscal year, the legislature and governor appear no closer to a compromise. In the meantime, both sides appear to be working hard to ensure the other would shoulder the blame in the event of a government shutdown.

House Speaker Mitzi Johnson (D-South Hero) said in a statement after the vote that “this bill allows us to continue working on those areas of disagreement while taking the threat of government shutdown off the table.”

An hour later, Scott spokeswoman Rebecca Kelley released a statement putting the blame back on lawmakers.

“Their unwillingness to compromise or seriously consider any alternatives, and their complete lack of urgency surrounding this issue, are unnecessarily pushing the state closer to the July 1 budget deadline,” Kelley wrote.
Prev
Next