Bike Ferry to Run This Summer After All | Off Message

Bike Ferry to Run This Summer After All 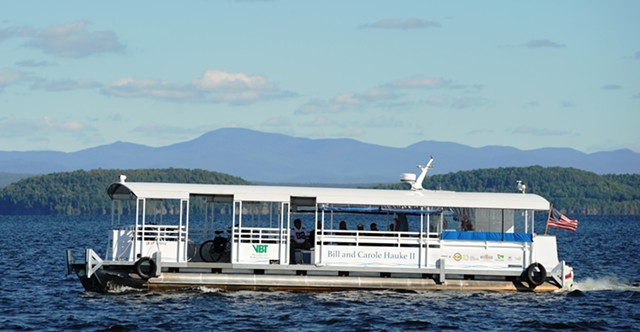 The bike ferry that links the Island Line Trail, a popular bike path, to the Champlain Islands will operate after all this summer.

The Vermont Transportation Agency agreed to fund and contract for the repairs to the popular path that juts out into Lake Champlain, easing the burden on the Town of Colchester.

The causeway, a four-mile former rail bed, attracts as many as 900 cyclists and walkers a day in the summer. High winds and waves damaged it in May.

Frank said the repair work should begin within a few weeks. The only causeway section that is open now, from Mills Point to the old Island Railroad bridge, will have to close during repairs.
Prev
Next