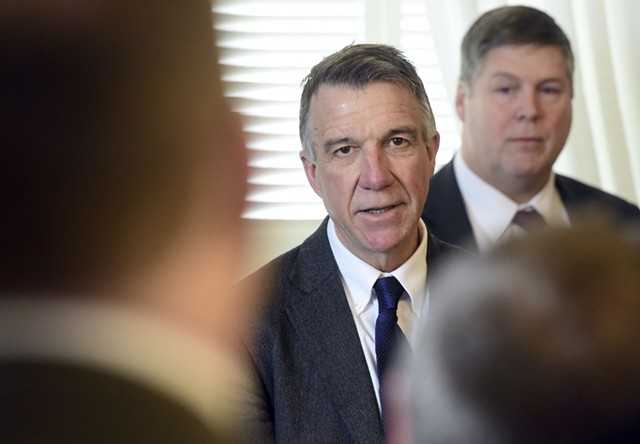 Gov. Phil Scott kicked off his Memorial Day weekend by vetoing the budget and tax bills that the legislature passed before adjourning earlier this month.

“My primary objection to the bills … is that together they result in an unnecessary and avoidable $33 million increase in statewide property tax rates,” Scott wrote in a letter to lawmakers explaining his vetoes.

In anticipation of his veto of the budget, Scott summoned lawmakers to Montpelier Wednesday for a special session. Now the administration must come to an agreement with lawmakers by July 1 in order to avoid a shutdown of the state government.

The key disagreement between the legislature and the governor is Scott’s five-year education funding plan, which the governor says would keep property tax rates level by using onetime funds. Scott says his plan would save Vermonters hundreds of millions of dollars over the next five years, but those figures have come into question after review by legislative economists.

The legislature’s budget would use the onetime money to pay down the state’s pension liability for teachers, a move that Senate Appropriations Committee chair Jane Kitchel (D-Caledonia) said will save taxpayers more than $100 million over the next few decades.