Walters: Rodgers Will Not Run for Vermont Governor | Off Message

Walters: Rodgers Will Not Run for Vermont Governor 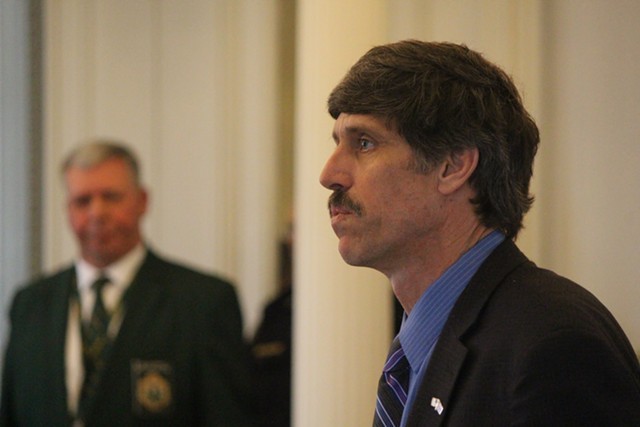 Sen. John Rodgers (D-Essex/Orleans) said Tuesday night that he has decided not to run for governor. Rodgers, a vocal supporter of gun rights, had floated the idea of a candidacy as Gov. Phil Scott prepared to sign a series of gun restrictions into law last month.

"I have mixed feelings," said Rodgers, a resident of Glover. "The governor has disappointed a lot of people. They're looking for an option."

But it won't be him. "I basically decided there was no way I had time to pull it together," he explained. Rodgers owns a construction firm and the spring and summer are his busy seasons. He will run for reelection to the Senate, however.

In early April, when he announced he was exploring a gubernatorial bid, the 52-year-old Rodgers told Seven Days that he would likely run as a Democrat but hadn't ruled out running as a Republican or independent. At the time, he acknowledged that the Democratic primary would be a challenge: “Rural Democrats love me. The more urban left-leaning Democrats don’t love me so much."

More recently, his interest appeared to be waning. "I'm not going to run to be a sacrificial lamb," he said.

Rodgers would have been a high-profile standard bearer for the gun rights community; his entry into the gubernatorial race could have seriously scrambled the political equation, whichever label he chose. Currently, the only pro-gun candidate for governor is Republican Keith Stern, who is little known outside of the Upper Valley. And there, he is primarily known as a grocer, not a politician.
Prev
Next