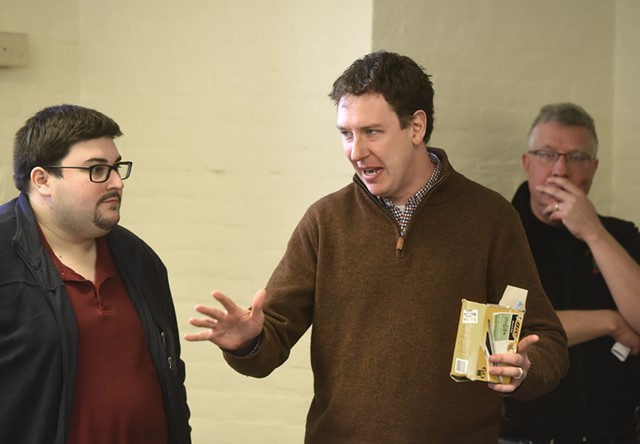 Just as campaign season is about to begin in earnest, the Vermont Democratic Party will have a vacancy to fill.

Executive director Conor Casey is leaving his post in June after nearly three years on the job. He’ll become membership organizer for the Vermont-National Education Association, the statewide teachers' union. It’s a return to the labor field for Casey, who was political director of the Vermont State Employees’ Association before signing on with the VDP.

“Given the pending Supreme Court decision, I wanted to get back into labor,” said Casey, referencing Janus v. AFSCME, which contests the right of unions to collect fees from non-members. Labor leaders are bracing themselves for a defeat in the high court, which they see as a potential obstacle to organizing.

"Conor and I started talking about this a few weeks ago," said party chair Terje Anderson. They agreed that if Casey were to make a move this year, he should do it early in the campaign cycle.

"Conor’s been a great executive director,” Anderson added. "I’ve really enjoyed working with him. It’s one of the hardest jobs you can imagine."

Anderson isn't too concerned that Casey's departure will hurt the party's electoral efforts. He explained that the executive director is largely an administrative post, while staffer Rob Hipskind coordinates party campaign efforts. "He's been on the party's staff for a few years," Anderson said of Hipskind. "That part of the operation is in good hands."

Anderson expects a rapid search for Casey’s replacement and has "a strong preference for a candidate with a lot of Vermont experience" to ease the transition. He hopes to have a new executive director on board by the middle of July.
Prev
Next