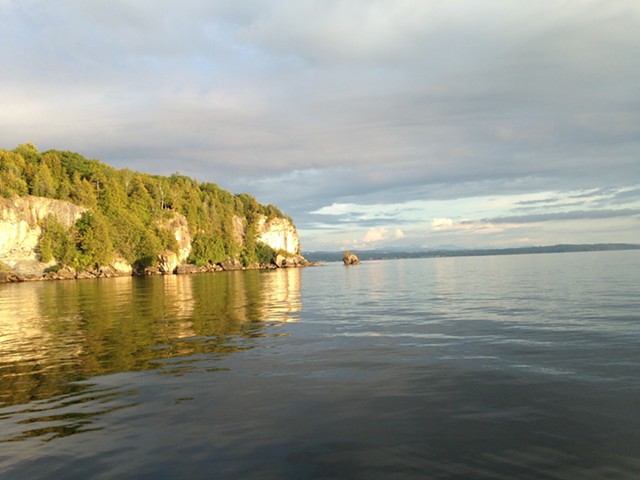 The Vermont House approved a plan Friday that could generate tens of millions of dollars for clean water over the next 20 years by raising the state’s rooms and meals tax and using unclaimed bottle deposits.

The funding plan, crafted in the House Ways and Means Committee, would collect an estimated $4.55 million annually from the rooms and meals tax increase and an additional $1.94 million from unclaimed bottle deposits.

Ways and Means Committee chair Janet Ancel (D-Calais) said her panel added the funding mechanisms to spur action by the state on clean water funding — an issue that’s been the topic of multiple studies since the Vermont Clean Water Act passed in 2015.

“The studies have been helpful … but at some point rubber hits the road,” Ancel said. “It typically hits the road in the House Ways and Means committee.”

A 2016 mandate from the U.S. Environmental Protection Agency, along with the 2015 Vermont Clean Water Act, call for $1 billion of investment by the state to reduce pollution in Vermont's waterways over the next 20 years. There is no funding plan in place for those investments, but the bill passed Friday would change that.

The unclaimed bottle deposit funds are drawn from the 5-cent fee that customers pay on redeemable bottles and cans. Thousands of bottles go unreturned each year, leaving the state with some extra cash. The rooms and meals tax would raise rates for both Vermonters and visitors from out of state.

Ancel said the beverages in bottles and cans contribute to water pollution and tourism benefits from clean water, so both revenue streams are appropriate.

The plan would go into effect in 2020, and Ancel said the delay gives lawmakers an opportunity to come up with a better plan if one emerges before then.

“We think of them as backstop sources of funding,” Ancel told colleagues.

The funding measures got resistance from Reps. Heidi Scheuermann (R-Stowe) and Cynthia Browning (D-Arlington), who said it was unfair to put the tax burden for clean water on the hospitality industry.

“You are increasing the tax on something we want more of!” Browning said on the House floor Friday. “We want more tourists in Vermont.”

The House approved a last-minute amendment from Browning that directs the state to study the expected return for taxes levied on materials and activities that directly lead to lake pollution, such as fertilizer.

Scheuermann agreed that the funding mechanism for clean water should focus on sources of pollution.

“Putting the vast majority … on our hospitality industry is both unfair and misguided,” Scheuermann said.

Gov. Phil Scott opposed an earlier version of the bill on the grounds that it would lead to a new tax or fee. The legislation will be up for final passage in the House next week.