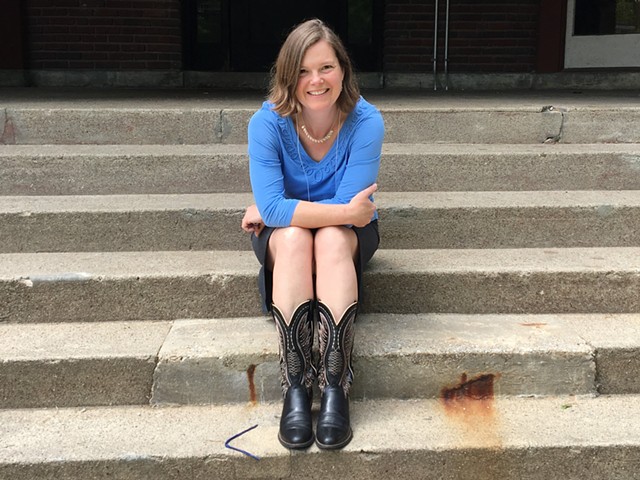 Ruth Hardy, executive director of Emerge Vermont, a nonprofit that trains women to run for political office, is following her own advice. She announced Thursday that she is a Democratic candidate for state Senate from Addison County.

The news comes on the same day that Sen. Claire Ayer (D-Addison) announced that she will not seek reelection after 16 years at the Statehouse. Hardy said she would seek Ayer's endorsement, but not until the legislature adjourns.

"I have a tremendous amount of respect for Sen. Ayer," Hardy said. "She's a role model. I would be honored to succeed her in the Senate."

The Addison County district sends two senators to Montpelier. Hardy will compete in the August primary against incumbent Sen. Chris Bray and any other Democrats who choose to run. The top two finishers will go on to the November election.

This won't be Hardy's first campaign. She has been a member of her local school board for the past eight years. Her work with Emerge Vermont, she said, "has helped a lot" in developing her own political skills.

"I've been encouraging women to run and coached them," Hardy added. "It's exciting to do it myself." She will take a leave of absence from Emerge Vermont during her candidacy.

Hardy has lived in Vermont for the past 16 years, and now resides in East Middlebury. She is married to Jason Mittell, a professor at Middlebury College. They have three teenage children.
Prev
Next