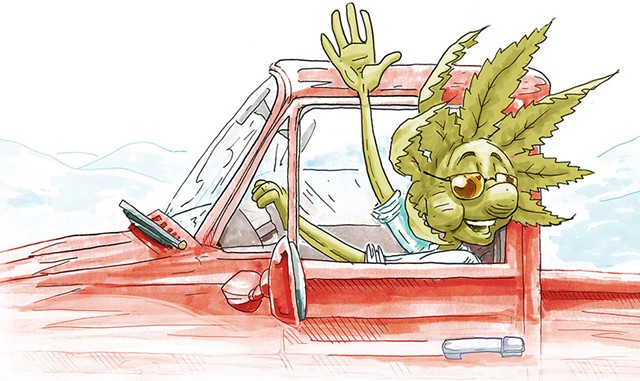 The proposal was designed to help law enforcement check for stoned drivers once recreational marijuana becomes legal for adults in July.

The Senate Judiciary Committee voted 4-1 against the bill, with Sen. Alice Nitka (D-Windsor) casting the lone vote in favor of it.

Committee chair Sen. Dick Sears (D-Bennington) said there are uncertainties surrounding saliva testing, which is still in its infancy and needs more work.

“My reason [for opposing the bill] was basically that the science isn’t there yet, and that I believe in a few years they will have a standardized test, particularly for marijuana, that would give us the amount that somebody would be impaired by,” Sears said.

Even once the technology is in place, Sears said he also has civil liberties concerns about police collecting bodily fluids without a warrant, an issue raised by the Vermont chapter of the American Civil Liberties Union. He wants any law allowing saliva collection to require a warrant.

“I would be fine with the oral fluid test if there was a warrant, like we have for blood,” he said. “There’s a warrant [required] to take blood. It’s one thing to take a breath test, it’s another to take oral fluids or blood.”

The legislation, H.237, passed the House in March. The Senate Judiciary Committee’s no vote means it’s unlikely to become law this year.