Barton Man Busted After Blasting Smoke Detector With a Shotgun 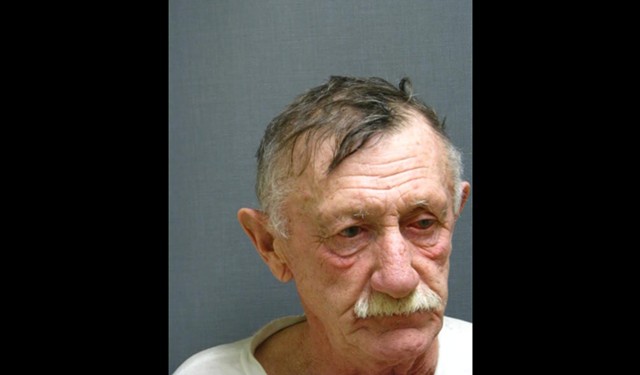 We've all been there. You're cooking an omelette or burger on the stove, get distracted and, within seconds, your smoke detector is blaring and your blood pressure is skyrocketing.

But we haven't all unloaded in the way that Leroy Mason allegedly did on Monday.

Fed up with "frequent false alarms," the Barton man made like Doc Holliday in the O.K. Corral, twice blasting his smoke detector with a 20-gauge shotgun, Vermont State Police said.

Mason had complained previously that fire crews would not move the detector after it had gone off on other occasions. So, when he set it off again while cooking Monday afternoon, Mason "took it upon himself to relocate the smoke detector" — by blasting it to bits, according to state police.

Violence against smoke detectors is not illegal in itself, but the way Mason destroyed the device — and what happened afterward — drew the authorities' attention.

The shotgun blast hit a wall that Mason, 68, shares with a neighboring apartment, according to cops. And the alarm attracted fire and rescue personnel, who arrived and disarmed Mason. He allegedly rearmed himself with a Colt .45 handgun and went outside, pointed it at first responders and demanded they return the shotgun. A brief standoff ensued before first responders tackled Mason and again disarmed him.

Vermont State Police arrived and arrested Mason, who was held in jail without bail. He was scheduled to appear in Orleans Superior Court on Tuesday to answer to a felony charge of aggravated assault with a weapon and a misdemeanor charge of reckless endangerment.