Walters: Another Vermont House Committee Chair to Retire | Off Message 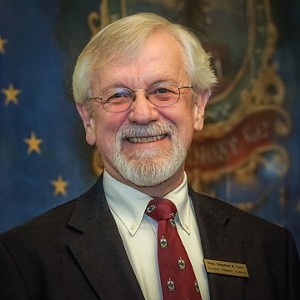 Rep. Stephen Carr (D-Brandon) said Wednesday afternoon that he will not seek reelection this year. Carr has served this session as chair of the House Energy and Technology Committee.

"Six years," Carr said, when asked why he is leaving after three terms in office. "It's been long enough."

Carr intends to devote more time to his work as a small business consultant. "A friend of mine calls me a 'CFO in a box,'" he said. "A chief financial officer that a small business wouldn't have. I'm a commercial lender by background. I can come into a business and say 'Here's what I see' because it's the same thing their lender would see."

Carr's wife Jane is a paraeducator; his retirement from the legislature, he said, will allow them to truly enjoy the summertime. "Those things they say about having Mondays off as a legislator, or having time between sessions, is not true," he said with a chuckle.

The news comes on the same day that Rep. Helen Head (D-South Burlington), chair of the House General, Housing and Military Affairs Committee, revealed her intention to step down at the end of her term.

A total of three House committee chairs have announced they will not seek reelection; the third is Rep. David Sharpe (D-Bristol) of the House Education Committee.