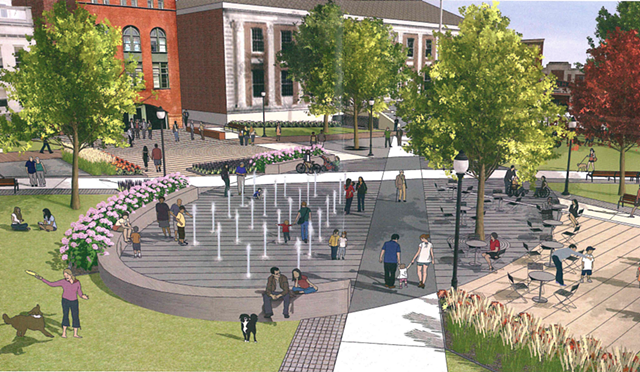 Trees destined for removal at Burlington City Hall Park may get a second chance.

The Burlington City Council unanimously passed a resolution Monday that would reopen the design process in an effort to alter the plan to add and preserve more trees.

The measure, introduced by Councilor Jane Knodell (P-Central District), came in response to opposition by the citizen group Keep the Park Green, which has argued that too many trees are slated to be cut down under the current redesign of the downtown park.

The renovations are set to begin in 2019 — and Knodell said the project would remain on track.

"This is not about going back to the beginning and starting all over," she said. "This is about continuing to amend a plan that has evolved over a period of years."

Dozens of Keep the Park Green members came out in support of Knodell's proposal.

The existing plan "is a bully and the trees are its victims," said Charles Messing. He quoted Abraham Lincoln as he urged the city to reopen the process: "Bad promises are better broken than kept," Messing said.

Michael Long called the current design "insensitive [and] draconian in regard to the removal of trees." He added, "It's just the wrong direction."

The resolution allows city officials to come up with ways to amend the plan, which they would then bring to a new ad hoc committee. That committee will include two members of Keep the Park Green, two city councilors, Council President Kurt Wright (R-Ward 4) or someone he appoints, and two members appointed by Mayor Miro Weinberger's administration. The Board of Finance would also select an impartial facilitator to moderate the discussion.

The group would then report back to the council in June. The resolution also requests that the city conduct a soil study in an effort to keep existing trees healthy. No more money can be spent on the project until the council receives feedback from the ad hoc committee, according to the resolution.

In exchange, Keep the Park Green will not appeal the Development Review Board approval for the current park design, which was granted in March. 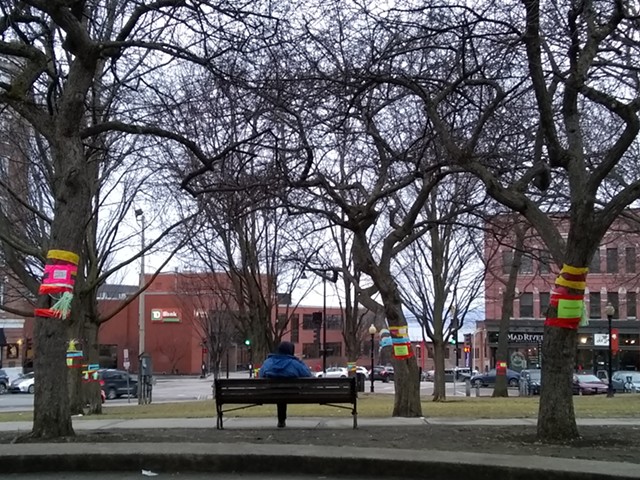 Starting in 2011, the city conducted surveys and held meetings as part of its public engagement effort surrounding the planned redesign. About 950 comments went into crafting the current plans.

"We did hear from a lot of people about what they needed" in City Hall Park, said Kelly Devine, executive director of the Burlington Business Association.

At the meeting Monday, members of the public who oppose the plan noted that the city has spent nearly $700,000 during the seven-year process.

Burlington resident Kienan Christianson described the opposition as part of a larger anti-development movement. "We're seeing a startling trend in this city of people who want to stop development," he said. Christianson called the current plans "beautiful and stunning."

Weinberger said the city was trying to "achieve in a very small space many public objectives." The mayor described the challenges of receiving conflicting feedback from the public.

Residents have more recently begun to push back against the plan, arguing that they were unaware that such a large number of trees were to be removed as part of the renovation.

It was widespread opposition to the current plan that spurred some councilors to act. Max Tracy (P-Ward 2) said that councilors in wards 2 and 3 conducted a straw poll at the Old North End Neighborhood Planning Assembly last week. Not one person attending supported the current park design, he said.

The resolution "hopefully acknowledges while we've made significant strides, that the design is not quite there yet when it comes to removal of trees," he said in an interview with Seven Days. "We can do better."