Vermont Delegation: Congress Must Approve Strikes on Syria | Off Message 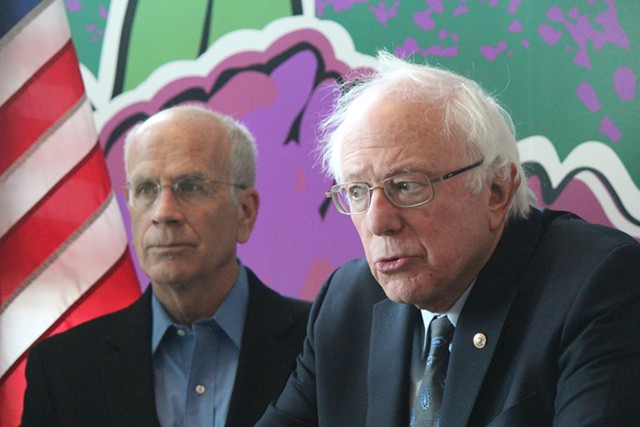 The United States, France and Britain fired more than 100 missiles at Syrian chemical weapons facilities late Friday, a week after forces loyal to President Bashar al-Assad allegedly used such weapons against his own people.

"But it is Congress' responsibility to declare war," Sen. Patrick Leahy (D-Vt.) said. "Threatening the use of military force by tweet, and firing off missiles without a coherent policy or clear legal authority, raises obvious dangers and constitutional concerns and risks drawing us into a wider war."

"After 17 years of war in Afghanistan and 15 years of war in Iraq, we need a political strategy to bring peace and stability to the region, not more U.S. military intervention," Sanders added.

Congressman Peter Welch (D-Vt.) was the sole member of the delegation to voice qualified support for the military mission. Calling Assad's use of chemical weapons "an egregious violation of international law," he said, "Last evening's missile strike was an appropriate response to this tragedy."

But, Welch added, "It occurred in a context where the United States has no clear policy in Syria or the region and at a time when there is real potential for escalation into a conflict with Russia and Iran." He said that Trump must "immediately" seek congressional approval for the use of such force.

The delegation's statements echoed ones they issued a year ago when Trump ordered air strikes against a Syrian military base following previous chemical weapons attacks. At the time, all three called on the president to seek congressional approval.

In the summer of 2014, the delegation supported limited air strikes that president Barack Obama ordered against Islamic State of Iraq and Syria militants in the Kurdish region of Iraq. In September of that year, Leahy and Sanders briefly supported Obama's plan to conduct strikes against ISIS within Syria. The two soon joined Welch in opposing it.