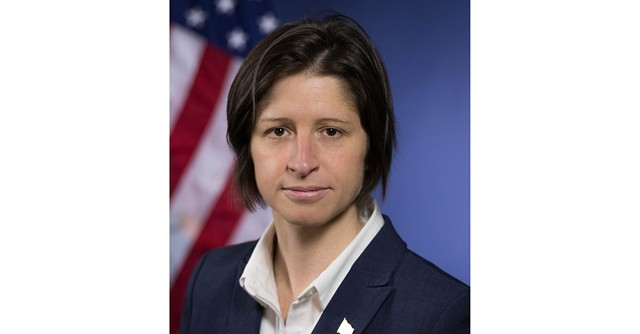 U.S. Attorney Christina Nolan told lawmakers that the state recorded a record 107 opiate-related overdoses in 2017, and two-thirds of the deaths were linked to fentanyl.

"We desperately want all 107 of those people back and, unfortunately, my colleagues across the country are experiencing similar tragedies," Nolan said.

The Senate Judiciary Committee is debating a bill that would lower the threshold for mandatory minimum sentences for people who sell fentanyl. Current law triggers mandatory minimum sentences for sales involving 40 grams of the drug. But the synthetic opiate, which can be 30-50 times more powerful than heroin, can kill in amounts of only a few milligrams. Forty grams of fentanyl, Nolan said, can kill thousands of people.

"Our cases often do not reach that threshold," Nolan said. "It only takes one small dose of fentanyl to end a life, and the sentencing scheme should reflect that reality. The current quantity thresholds ... are out of date and inadequate given what we now know."

Under the Republican-backed bill, people caught selling as little as two grams of pure fentanyl would face a mandatory five-year minimum sentence. The bill is part of a wave of tough-on-crime measures pushed by President Donald Trump, Attorney General Jeff Sessions and Republican lawmakers.

Nolan referenced a recent bust in Vermont in which, she said, authorities found 3,200 pills laced with fentanyl.

"Those pills could have killed thousands of Vermonters," Nolan said.

Nolan also discussed the need for addiction treatment and a "holistic" approach to drug abuse, saying authorities can't "charge our way out of the problem." In December, Nolan came out against a plan for supervised safe-injection sites for heroin users, saying the facilities "are counterproductive and dangerous."

Sen. Cory Booker (D-N.J.) and Sen. Dick Durbin (D-Ill.) noted that the bill has echoes of failed War on Drugs policies. Durbin said similar mandatory minimum legislation, passed in the 1980s to combat crack-cocaine use, caused the prison population to explode but did little to reduce the availability of drugs or combat addiction.

“Now we're being asked to dramatically increase the criminal penalties for fentanyl. What lesson have we learned that makes us go down this path again?” Durbin asked Nolan.

"We've never seen anything like fentanyl before," Nolan responded. "This is a new level of deadliness.”

Booker noted that mandatory minimums and other tough-on-crime policies, have, in the past, disproportionately targeted minorities and failed to curb drug use.

"I am worried [about] jacking up sentences for fentanyl and having the presumption it's going to drive down crime," Booker said.