Walters: Rural Cell Provider CoverageCo Is About to Go Dark | Off Message

Walters: Rural Cell Provider CoverageCo Is About to Go Dark 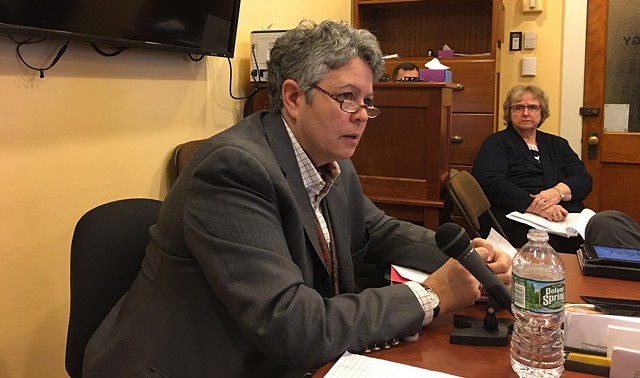 CoverageCo, a company that provides wireless phone service for rural areas in southeast, central and northeast Vermont, will effectively cease operations this weekend. Even now, its coverage has been greatly diminished because of technical problems.

That's the bad news the Vermont House Energy and Technology Committee received Thursday morning from officials of the Department of Public Service, which regulates utilities in the state. The loss of CoverageCo service will leave 26 rural communities and some 150 miles of rural roadway without cell service.

CoverageCo provides service along state highway corridors unserved by other carriers through the deployment of roughly 150 microcell units resembling small satellite dishes. Clay Purvis, director of telecommunications and connectivity for the Department of Public Service, told the House panel that 102 of the microcells are not working.

And Public Service Commissioner June Tierney testified that the entire CoverageCo system will go dark on Saturday, when a firm most of us have never heard of cuts ties with it.

Syniverse is part of the "greater network architecture," Purvis explained. "Syniverse does billing and keeps track of where all the [wireless] traffic goes. That's how CoverageCo gets paid. It gets paid to handle the traffic of all these other carriers." And when Syniverse suspends service to CoverageCo, according to Purvis, it will not be able to function.

Tierney told the committee that there's nothing to be done. "We're dealing with the unwinding of CoverageCo," she said. Her department is preparing a request for proposals from contractors that might be interested in operating CoverageCo's network, but prospects are uncertain at best. For starters, CoverageCo had never become financially sustainable, so it'd be a high-risk proposition for a new outfit.

Also, "The hardware is outdated," said Tierney. The service is 2G, which is ancient in a 4G world. "It's not worth a significant investment to preserve the CoverageCo system ... Do we put more money into this, or rethink our strategy?"

That rethinking has barely begun, as Department of Public Service staffers deal with the immediate fallout of CoverageCo's collapse. Rep. Laura Sibilia (I-West Dover), whose district includes multiple schools without cell service, has proposed legislation to modestly boost the state's underfunded Connectivity Initiative. The House has approved her bill, but Gov. Phil Scott has said he opposes the measure because it would impose a modest, temporary increase in the Universal Service Fund charge that appears on every phone bill in Vermont.

Sibilia asked Tierney if there was any money in Scott's budget for expanding rural wireless. Tierney professed not to know, and said she would provide an answer.

Tierney sought to dampen expectations throughout the hearing. Rep. Curt McCormack (D-Burlington) asked if the state had a clear policy of providing full wireless service. Tierney said yes, but then added: "There are 'north stars' in statute. We steer toward them. Patience is required."

Taken literally, "north star" is a guiding light that remains perpetually in the distance but is never actually reached. Tierney might want to find a more aspirational metaphor.