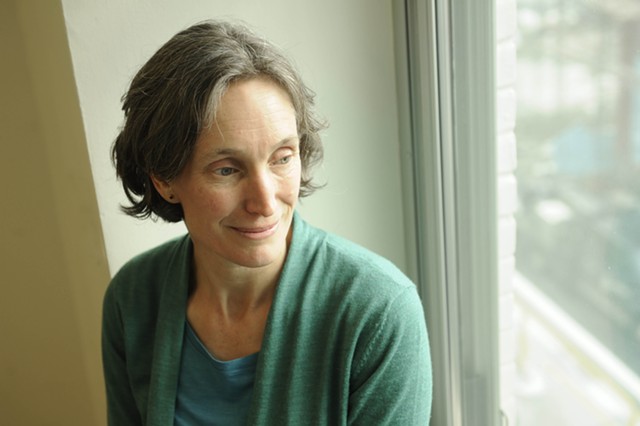 Scott said at a press conference that he learned of her resignation late last week.

“Rebecca decided that it was time for her," the governor said. "This was her decision, and I value what she’s given to the state over the last four years — what she’s done for our cabinet. I’ve valued her as a team member."

“She just thought it was best for her to leave at this time,” he said. “Personal decision.”

Holcombe’s departure comes as Scott ramps up his opposition to bills that he says would increase taxes or fees in Vermont. One proposal to change the way education financing works in Vermont has already passed the House, setting the stage for a showdown with the governor.

Then-governor Peter Shumlin appointed Holcombe to the post in January 2014 and Scott kept her on when he took office in 2017. Holcombe is credited as a driving force behind Act 46, a school district consolidation law passed in 2015 that was designed to save money on education spending.

“Being a leader in education is a tough job,” Sharpe continued. “I’m retiring after four years as chair of the House Education Committee. I understand how difficult of a process it is, and I applaud her on her effort. When you give 110 percent, at some point you run out of steam. And I wish her the very best in her next endeavor.”

In a letter to staff at the agency, Holcombe said she was proud of her work over the past four years, but didn’t provide any explanation for her departure.

“Last week, I submitted my resignation as Education Secretary to Governor Scott, effective April 1,” the letter reads. “It is time to move on.”

“The Agency team works hard, every day, to implement statutes faithfully while constantly looking for new ways to minimize administrative burdens so our schools and adult learning sites can focus first and foremost on teaching and learning,” she wrote. “I would be hard pressed to find a more dedicated group.”

Holcombe did not respond to requests for comment Tuesday.