Walters: Thousands Attend March for Our Lives Rally in Montpelier | Off Message

Walters: Thousands Attend March for Our Lives Rally in Montpelier 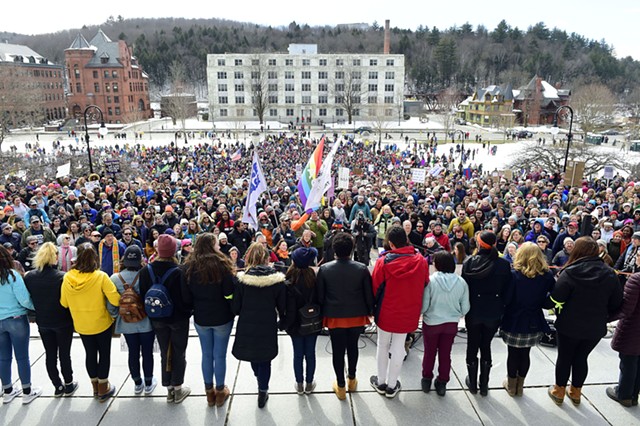 It wasn't quite as historic as the Women's March in January 2017, but the March for Our Lives gun control rally attracted at least 2,000 people to Montpelier Saturday. The crowd spilled down from the Statehouse steps, all the way back to State Street. Most gathered on the paved surfaces, but many stood in the snow in the chilly sunshine.

Handmade signs were everywhere. Giant banners hung near the front, in the unmistakable style of the Bread and Puppet Theater. Middle school, high school and college students gathered in great numbers, but the crowd ranged in age from toddlers to senior citizens — some of whom were part of the protest movements of the 1960s.

"I grew up during the demonstrations and protests," said Kate Rader of East Montpelier, who was carrying a banner from the League of Women Voters. "At the very least, we’re modeling how to bring about change in a peaceful, loud and bold way." Her fellow banner carrier, Madeline Motta of Stowe, hoped that students' engagement in gun protests would lead to activism at the ballot box in November.

The Montpelier rally was one of at least 800 events around the world. The largest, in Washington, D.C., attracted hundreds of thousands. For some at the local event, it's an issue with personal, as well as political, dimensions.

"There has been a gun threat recently at my school," said Renee Bamford, who attends Essex High School. "Every time you see someone open a door, your heart kind of skips a beat."

Brigitte Riordan attends the University of Vermont; she grew up in Las Vegas, and experienced last October's mass shooting at the Route 91 Harvest Music Festival from a heartrending distance. "I knew several people who were at the festival. I didn’t know anyone who was shot, but it was definitely very intense," she said. "It was difficult to be [in Burlington]; I was aching for my community."

Slideshow Scenes From the March for Our Lives Rally in Montpelier 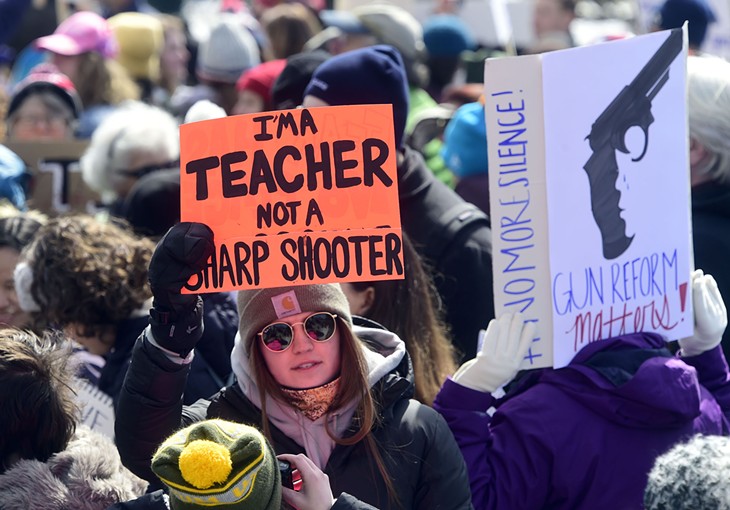 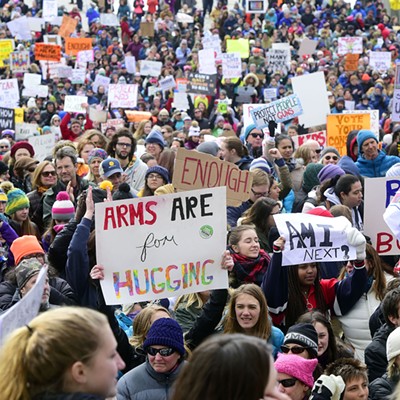 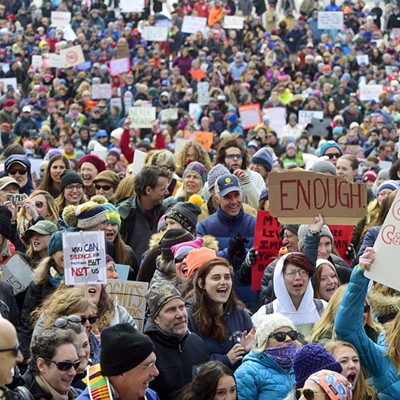 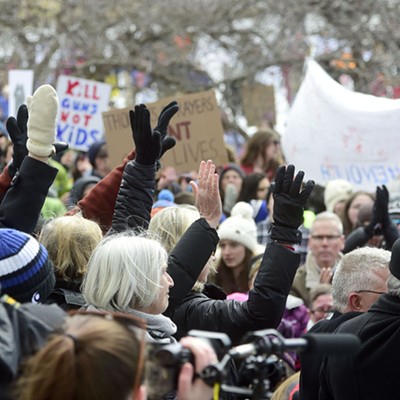 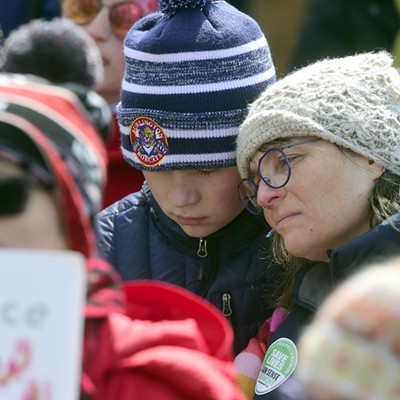 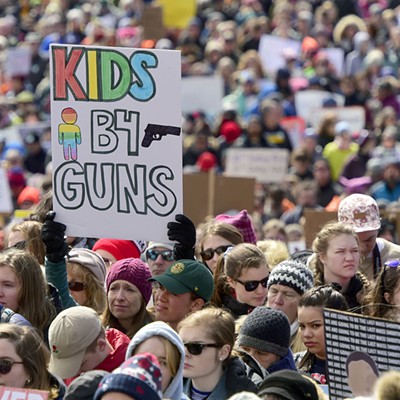 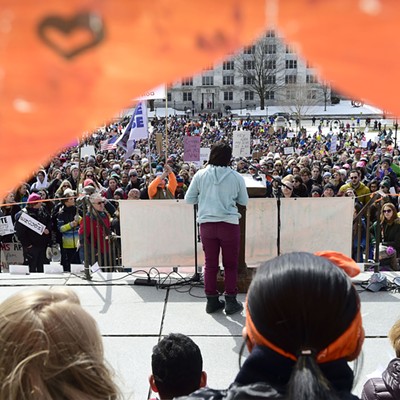 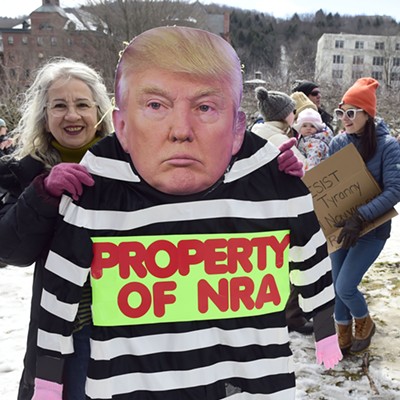 Scenes From the March for Our Lives Rally in Montpelier
By Jeb Wallace-Brodeur
Click to View 19 slides
"I've gone through my whole life having to do code-red drills," said UVM student Jasmine Stein, who grew up in the Washington area in the aftermath of the D.C. sniper shootings. "We need common sense gun reform."

Students without that kind of direct experience said they are still deeply affected. "This has gone on too long," said Siyanda Jacobs of Wardsboro. "There should have been gun control since [the] Columbine [school shooting in 1999]. Kids shouldn’t have to fear going to school. That’s a place to learn."

At least a dozen state lawmakers were on hand, the morning after a marathon 10-hour debate in the House led to approval for S.55, a bill that includes multiple gun restrictions. When asked if the rally was a validation of the previous day's work, Rep. Mary Hooper (D-Montpelier) said, "Absolutely, but we need to keep working on this. Listen to the kids and do the right thing."

One of those kids trying to make a difference was 13-year-old gubernatorial candidate Ethan Sonneborn of Bristol, who attended the rally to show support for the issue and for youth activism in general.

"I wish it were under better circumstances," he said. "I wish it didn’t take a tragedy like Parkland to bring young people together like this. But while we’re in this moment, it’s a great opportunity to make change."

After an hour or so of speakers, the vast majority of them students, the rally ended peacefully. Those in attendance walked past tables staffed by advocacy groups, urging them to continue their activism and register to vote. Which may be the ultimate test of this movement: Can it turn a generation of young people into active participants in the political process?