Burlington Mall Opponents, Developer in Dispute Over Changes | Off Message 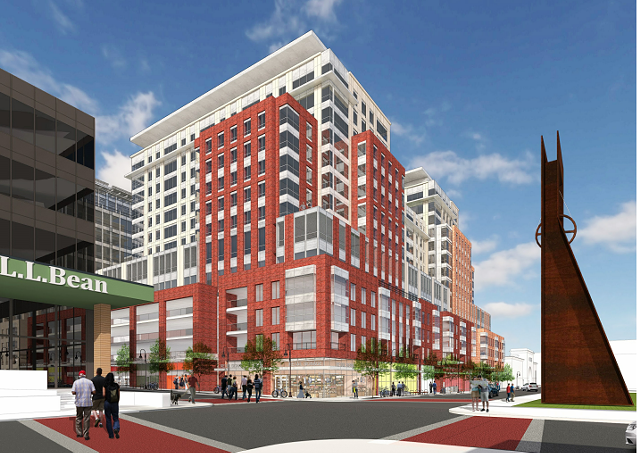 The Burlington Town Center settlement agreement may not be so settled.

A lawyer for developer Don Sinex and a group opposing his project are in a back-and-forth dispute over several proposed amendments to the downtown mall redevelopment plan. Each side has accused the other of violating a settlement agreement they reached last July.

Franco asked the city to reopen the zoning appeal period, which ended on March 10. The attorney called the amendments a "substantial change to what was bargained for" in the settlement agreement.

Sinex's company's "failure to notify us of its plans to seek these amendments ... constitutes a breach of the implied covenant of good faith and fair dealing," Franco wrote.

In response to Franco's complaints, Dunkiel made his own accusations.

The developer "considers any attempt to reopen the zoning proceedings — which, in any event, were properly conducted — a breach of the June 29, 2017, settlement agreement, in which you and your clients agreed not to 'oppose any
other permits or regulatory or legislative approval' needed for the project," Dunkiel wrote.

Sinex "reserves the right" to "seek recompense" if Franco continues to oppose the project "in violation of the settlement agreement," Dunkiel wrote.

Franco replied with another letter accusing Sinex of threatening to sue his clients. "[My clients] will not, however, be dissuaded by Mr. Sinex’s threats," he wrote.

Dunkiel told Seven Days on Tuesday that he planned to meet with Franco and the Burlington residents he represents on Thursday. "We've worked successfully with them in the past to resolve their issues, and I'm confident we can do it again," Dunkiel said.

Franco, for his part, said he is also considering pushing back against other proposed changes to the project, including plans for two floors of amenities such as a pool, dining room and lounge.

"Don seems to think he can just go in there and do whatever he likes," Franco said.

For all his bluster, though, Franco admitted he'd proceed with caution: We "don't want to risk getting sued by Don Sinex," he said.