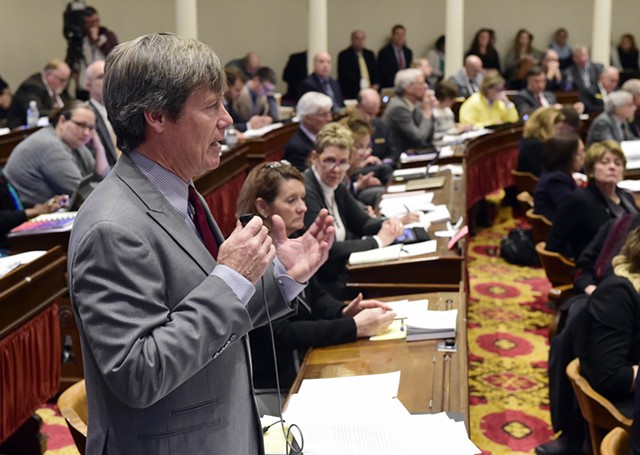 The Vermont House is scheduled to vote Thursday on legislation that would allow police to use a roadside saliva test on drivers suspected of impaired driving. The bill, H.237, appears to be on track for quick approval despite the objections of some lawmakers and the Vermont chapter of the American Civil Liberties Union.

Rep. Barbara Rachelson (D-Burlington) believes the bill infringes on Constitutional rights. "If we're going to do that, we'd better have darn good evidence that it's justified," she said. "I'm having a hard time getting why most of my colleagues don't see that."

The saliva test would detect the presence of various drugs in a person's system, but would not establish whether a driver is impaired and could not be used as evidence in court. Still, supporters see H.237 as another means to improve traffic safety.

"Addressing the problem of impaired driving is a critical issue," said Rep. Chip Conquest (D-Wells River). He acknowledged that "there is not science around what levels of any particular drug would cause impairment," but nonetheless he called the saliva test "another piece of evidence" in the effort to reduce impaired driving.

The effort has become more urgent as Vermont officials prepare for marijuana legalization on July 1.

Rep. Janssen Willhoit (R-St. Johnsbury) said the test would be one step in the process of a roadside stop. "It's just like what we do for alcohol impairment now," he said. "There are suspicions of impairment, they bring out [the driver], they go through the sobriety exercises." At that point, Willhoit explained, "the officer has already developed probable cause," and has grounds to seek a saliva test. The problem, according to Rachelson, is that police sometimes abuse their discretion. "I've talked to a number of people who feel like they've been stopped, they have long hair," she said. "Is a Grateful Dead sticker reasonable belief that somebody might use marijuana?"

Supporters of the bill deny that it raises Constitutional questions, but Chloé White, policy director for the ACLU of Vermont, begs to disagree. "Any roadside stop is a seizure under the Fourth Amendment, and the longer it goes, the more likely it is to be unreasonable," she said.

White suspects that some lawmakers are willing to hold their noses and approve the bill. "I think they believe this might be a path to a tax-and-regulate [system for marijuana]," she said. "The governor has said he wants a roadside test before he would sign a tax-and-regulate law. Some believe that this could be that test."

White doesn't think much of what she called using Constitutional rights as a bargaining chip. And if H.237 becomes law, she says, "it will be decided in the courts. This will be litigated, there's no doubt about that."