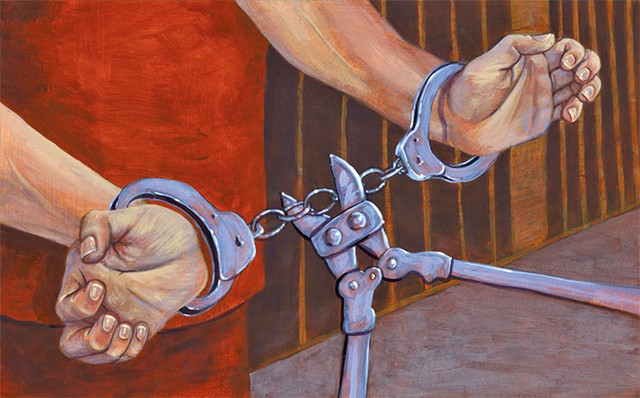 Vermont lawmakers are taking steps to expand treatment for inmates addicted to opioids, but how quickly the legislature will move remains a source of debate.

The Senate Institutions Committee is expected to advance legislation later this week that would remove the time limit — currently set at 120 days — for how long inmates can receive treatment.

Last November, the Department of Corrections extended the limit from 30 days to 120 days shortly after Seven Days reported on the ramifications of terminating treatment for inmates. Now, legislators are pushing to remove time limits altogether.

The Senate committee, however, has stripped a provision from an earlier version of the bill that would have allowed inmates to get addiction medication — methadone or buprenorphine — regardless of whether they had a prescription before they were incarcerated. Currently, a prescription is a prerequisite. Staff from the Department of Health and the Department of Corrections have said they support this expansion but made the case that they aren't prepared to implement it right away.

The revised bill calls for a report on the topic and asks the DOC to develop a memorandum of understanding with local treatment providers by Dec. 31, 2018.

Sears told the Institutions Committee that one of his relatives overdosed and died in a Baltimore warehouse, three days after getting out of jail. "The people with the highest rate of death from heroin overdose … are people who are just released from jail," he said. "That’s why I think it’s important that anybody who is willing to go through treatment be able to receive that treatment while incarcerated."

Ashe also testified, advocating for “the most aggressive schedule of meeting these individuals’ needs” but also telling the committee, “I’ll leave the judgment to you folks.”

If approved by the full Senate, the chair of House Corrections and Institutions Committee, Rep. Alice Emmons (D-Springfield) has said she plans to take it up.