Burlington police arrested two men who allegedly used BB guns to shoot 200 parked cars across the city over a span of two years.

William Bowler, 24, of Swanton, and Alexander Charbonneau, 30, of Burlington, allegedly committed six additional shootings before police arrested them late Wednesday. The men are each charged with felony and misdemeanor counts of unlawful mischief and are scheduled to appear in court on Thursday.

The shootings occurred throughout the Queen City with no discernible pattern and frustrated investigators for two years. The men targeted cars parked on or near streets and inflicted damage that ranged from $500 to $2,000 per vehicle, police said.

Authorities did not provide a motive for the shooting spree. Charbonneau had a "significant amount" of weapons on him at the time of his arrest, police said, including an automatic BB gun, a 9mm pistol, knives and tools. The men were driving a blue Dodge Ram truck.

Police say they generated leads from previous media reports of the shootings. The investigation is ongoing. Police asked anyone who has more information about the crimes, or has seen the Ram truck involved, to call Sgt. Brian LaBarge at 802-540-2269. 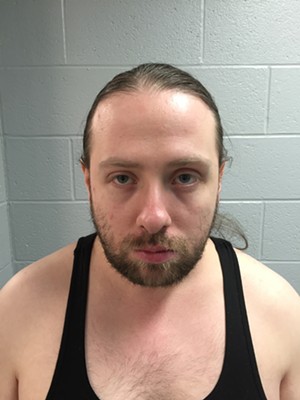