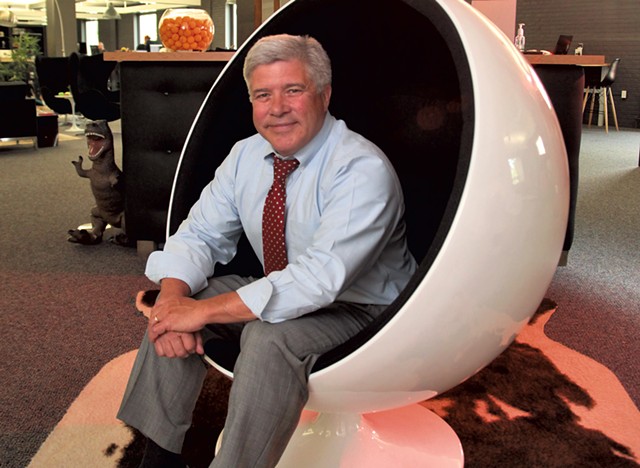 Mike Smith, host of the daily "Open Mike" program on WDEV Radio, began his show Thursday with a surprise announcement: He is leaving the station in less than two weeks, on February 19. He is also suspending his political column, which is posted weekly on VTDigger.org and runs in the Vermont Business Magazine. His statement was posted Thursday evening on the magazine's vermontbiz.com website.

He said the decision "is mine, and mine alone," and had nothing to do with last year's ownership change. Longtime owner Ken Squier sold the station to sales director Steve Cormier, who is now cohost of the weekday "Morning News Service."

Smith gave no specific reason for the sudden move. He alluded to the pressure of hosting two hours of live radio every day and his personal need to find "on a regular basis, new challenges to try." WDEV hired Smith in mid-2016 after longtime host Mark Johnson left for a post at VTDigger.

Smith wrote that he has yet to identify his next challenge. "If anything happens before I sign off on Feb. 19th I will let you know," he wrote.

A glance at his career reflects his need for new ventures. In the past 20 years, Smith has been Vermont's deputy treasurer, secretary of administration and human services secretary (in the Jim Douglas administration), creator of a short-lived travel website, president of FairPoint Communications, interim president of Burlington College, consultant for the Enhanced 9-1-1 Board and, since mid-2016, radio talk show host.