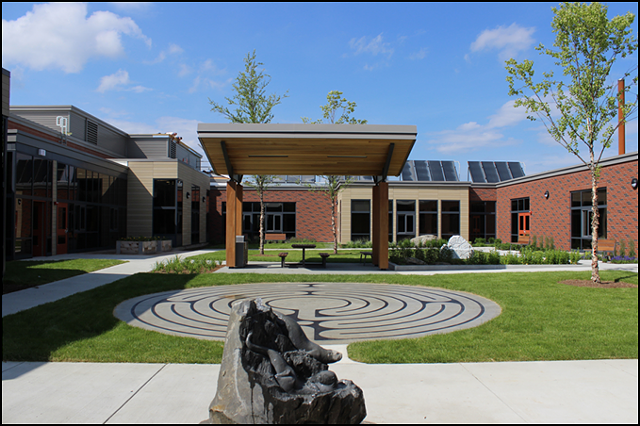 An African American employee was repeatedly subjected to racist comments and actions by both patients and staff at the Vermont Psychiatric Care Hospital, according to a state Human Rights Commission report.

Ismina Francois, a mental health specialist, made repeated complaints about the widespread use of racial slurs and racial insensitivities at the facility in Berlin but a culture of intolerance persisted, a commission investigator found.

For example — despite Francois' prior complaints — a hospital staffer assigned her to care for a racist patient with a swastika tattoo who had previously lunged at Francois and yelled "get that nigger away from me."

Traveling nurses who worked temporary stints at the hospital reported being surprised at how often patients used racial slurs. And other employees used terms like "nappy hair," "hood car," "fried chicken," "colored people" and speculated about Francois being on "welfare," according to the report.

"A reasonable person could conclude that the offensive jokes, slurs, epithets, name calling, insults and put-downs by patients and coworkers were pervasive," Human Rights Commission investigator Bor Yang wrote in the 35-page report finalized in January.

The commission ruled in a 5-0 vote on January 25 that "reasonable grounds" existed to find the Department of Mental Health discriminated against Francois.

The commission suggested Francois and the state take three months to try to settle. Francois could also pursue a lawsuit.

Francois, a single mother to two children, remains on the job, according to her attorney, Robert Appel. Francois, a Barre resident, was hired in May 2014 to work in the 25-bed facility, which treats involuntarily committed patients who have psychiatric disorders.

"She is trying to achieve a workplace that is safe and welcoming for her and for others who look like her," said Appel, a former executive director of the Human Rights Commission. "She is a professional; she does her work well."

Melissa Bailey, the Department of Mental Health commissioner, did not immediately respond to a request for comment.

Another black employee, Tim McCants, said he had been assigned to "many racist patients who say 'nigger' continuously," according to the report. On one occasion, he asked for a new assignment but was refused.

The hospital had been previously warned about racism. As far back as 2007, McCants said he found "Nigger" written on his windshield. He complained to a supervisor but nothing more was done. Other employees frequently used the term "nigger" and called him "chocolate boy," "the little black man," or "little Bill," for Bill Cosby, according to the report.

Black staff members were routinely mistaken for one another by white coworkers, the investigation revealed.

Francois complained to superiors about many of these incidents, but little came of it, Yang found. Word spread in some quarters of the hospital that Francois "plays the race card," according to the report.

An October 2016 human resources training designed to address the racism inside the hospital was "uninspiring" and failed to fix the problem, Yang wrote.