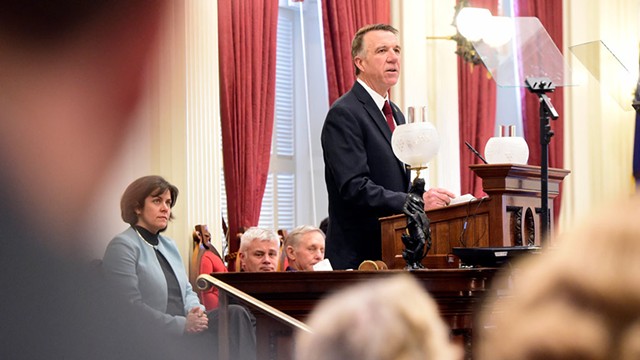 Gov. Phil Scott frequently asserts that Vermont loses an average of six workers each day, and he's made reversing the trend a top priority. But some lawmakers say that number is wrong, and that it will change how they approach Scott's policy proposals.

“It’s just not true,” Senate President Pro Tempore Tim Ashe (D/P-Chittenden) told reporters Thursday. He handed out a memo from the legislature’s economist, Tom Kavet, that showed the labor force actually grew by an average of 2.3 workers per day from January 2016 to December 2017.

Citing the U.S. Bureau of Labor Statistics, Kavet wrote, “While the state labor force had declined for a number of years as a result of the recent severe recession, it has exhibited slight growth since early 2016.” And, Kavet noted, the labor force is “likely to continue to grow slightly, despite expected declines in prime working age population cohorts.”

"Labor force" refers to the total pool of available workers — those employed and those looking for work. Seven Days examined Scott's labor force claim, and two of his other oft-cited statistics, last June.

“We’re not saying life is perfect and the state has solved its demographics and other challenges,” Ashe said. But Scott's claim “raises questions about whether you would craft policy the exact same way if the number they’re using is actually in the wrong direction.”

“Cherry-picking from this small window to deny the demographic crisis we’re seeing is like claiming that a 40-degree day in January indicates climate change isn’t real (which we know is not the case),” she wrote in an email. “Why some in the legislature continue to be demographic deniers is baffling and it puts every public investment we value at risk if they’re unwilling to address these challenges.” 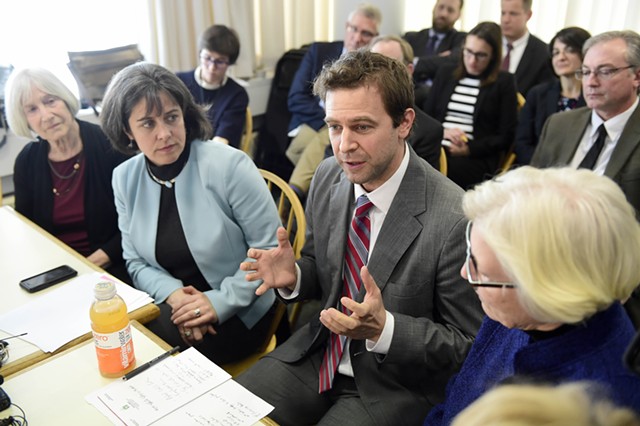 If updated to include April 2017 data, that figure would average out to a reduction of 4.75 workers per day. Using the five-year average from December 2012 to December 2017, it would further drop to 3.85.

“We’re still not even close to where we were in 2009, and that’s the story,” said Dustin Degree, who is Scott's special assistant and executive director of workforce expansion. “What really kind of shocks me is that the legislature is spending their time trying to do a math check or a ‘gotcha’ on such an incredibly huge issue.”

Kelley pointed to an analysis that suggests Vermont will see its working-age population shrink by more than 10 percent by 2040.

But why not update the governor's signature line to reflect the more recent data?

“I think we’d want to see some more data,” Kelley said, adding that the administration would “want to look at finalized data before making determinations.”