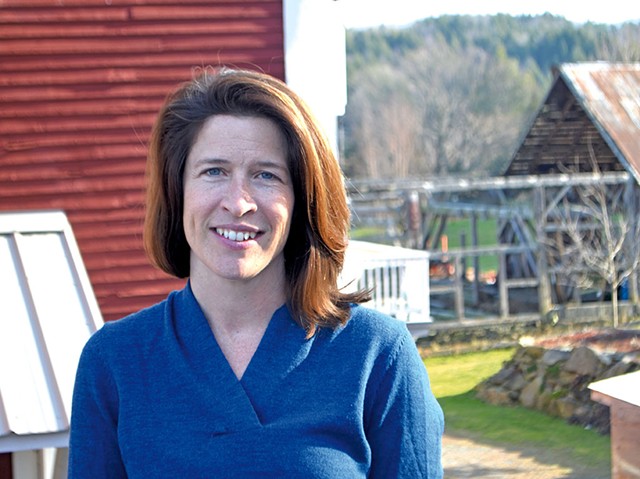 The Washington, D.C.-based Our Revolution announced its support for Driscoll in a press release Friday that praised her experience and political approach. "If elected, Carina will push for more transparent government, protect community assets, and invest in Burlington schools," the release read.

Driscoll is going up against Democratic incumbent Miro Weinberger and independent Infinite Culcleasure in the Burlington mayoral race.

Both Driscoll and an Our Revolution spokeswoman denied that the endorsement constituted nepotism.

"Senator Sanders is the inspiration for our organization, but he has no involvement in the day-to-day workings," said Diane May, the group's communications director. "If our board selected Carina, that's because they felt she was the best candidate based on the issues that are important to them."

Driscoll, too, said Our Revolution operates with "no control or influence exerted by Bernie."

Driscoll has been working to separate her political credentials from her parents, both of whom have an outsize influence on the Queen City. Sanders served as Burlington mayor from 1981 to 1989 and Driscoll's mother, Jane O'Meara Sanders, spent time as president of the now-defunct Burlington College — a role for which she's received renewed scrutiny.

Carina Driscoll Says She'll Run for Burlington Mayor 'Her' Way
By Katie Jickling
Politics
Driscoll has said that she will not accept fundraising help directly from Sanders. She did seek the Our Revolution endorsement, but noted that she also asked for endorsements from other organizations, including Democracy for America, which is based in the Burlington area. "As an independent without major party support, the endorsements ... are especially important important for candidacies like mine," she said.

Sanders launched Our Revolution in 2016, with a mission to "elect progressive candidates" running for office at the municipal, state and federal levels. Driscoll is running as an independent but received the endorsement of the Burlington Progressive Party.

Driscoll is also endorsed by Rights & Democracy, the designated local group for Our Revolution. The local endorsements are reviewed and selected by the national Our Revolution board, which typically endorses about 100 local candidates a year nationwide, according to May.

Sanders plays no official role in the organization, but the group's board includes his former chief of staff and University of Vermont professor Huck Gutman, among other notable names.

Our Revolution will send "get out the vote" text messages on behalf of local candidates, and in some cases, will provide both local and national fundraising help on behalf of the candidates they endorse, May said.

May said she didn't know whether Our Revolution would send out a national fundraising email on Driscoll's behalf.

Driscoll said she would accept such help from Our Revolution — if it's offered. "I'm grateful for any effort to validate or support our campaign," she said, adding that it is "not up to us."