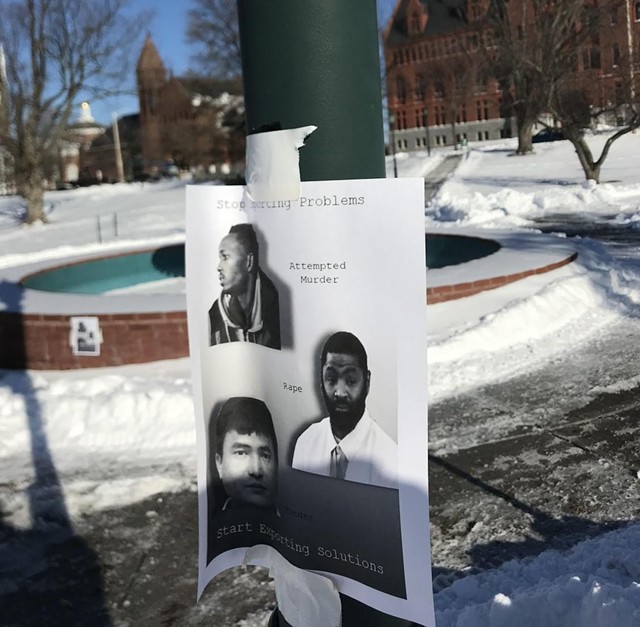 "Stop Importing Problems," the text on the flyers read, and listed crimes next to each man's photo.

UVM police are investigating, as is the UVM Bias Response Team. UVM president Tom Sullivan and other top administrators issued this statement on Tuesday:

We regret to inform you that a small number of flyers espousing offensive, racist, anti-immigration views were found yesterday in the vicinity of the UVM Green, posted by an as-yet unknown individual or individuals. These abhorrent views are an assault on our values as an institution, as articulated in Our Common Ground. We condemn these flyers unequivocally and in the strongest possible terms. Our University strives to maintain a welcoming environment for all members of our community.

The Vermont Cynic student newspaper first reported on the flyers. They were discovered as UVM prepared to kick off a series of events to honor King and explore civil rights topics during the coming week.