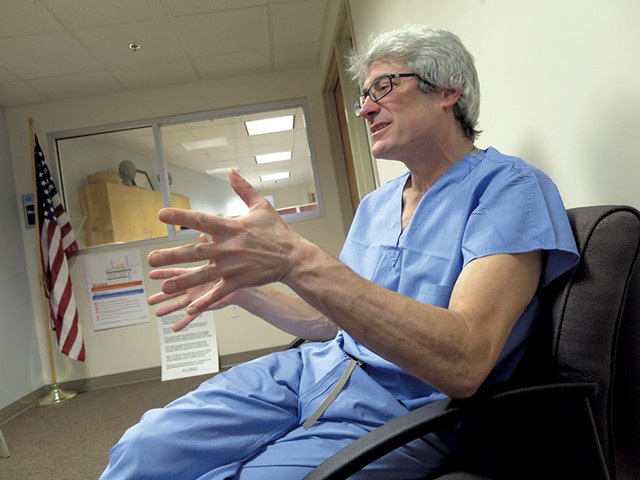 Vermont Chief Medical Examiner Steven Shapiro has been placed on paid leave. State officials offered no explanation for the move other than a statement saying it was "unrelated to medical practice."

Through his lawyer, Brooks McArthur, Shapiro denied any wrongdoing. McArthur issued a statement Friday that said Shapiro had expressed his displeasure with staff members over a serious "internal procedural error." As a result, one or more staffers filed a complaint with the Vermont Human Services Agency alleging that Shapiro created "a hostile or intimidating work environment," according to McArthur.

The public should understand that "this investigation and the allegations against him do not have any nexus to criminal activity nor involve any conduct of a sexual nature," McArthur's statement reads. "Dr. Shapiro will respect the investigative process and he looks forward to getting back to work."

Deputy Medical Examiner Elizabeth Bundock is handling some of Shapiro's responsibilities in the meantime. Shapiro went out on leave Tuesday.

“They are under an incredible amount of pressure and sometimes you have a bad day,” McArthur said.

A hearing on Shapiro's case is set for January 24 at the Human Services Agency, according to McArthur, who added: "Our goal is to get this investigation done as quickly as possible."

Shapiro earns $192,441 annually, according to state data. For a 2016 Seven Days story about the problem of uncollected bodies and cremains, Shapiro described his job thusly: "I monitor the health of Vermont by what's killing people."