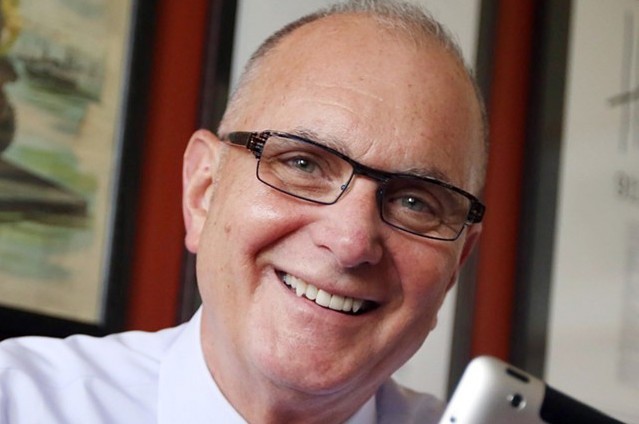 The top editor of the Burlington Free Press drew heavy criticism on Twitter Friday and Saturday for a post suggesting that Vermont’s proposal to offer a third gender option on government identification “makes us one step closer to the apocalypse.”

Awesome! That makes us one step closer to the apocalypse. https://t.co/Fux34w61B8

In his Friday night Tweet, Freeps executive editor Denis Finley was responding to a Vermont Public Radio story about the proposal and a comment from Rights & Democracy spokesman Shay Totten that the policy move was "awesome!"

Community members quickly excoriated Finley, who joined the Free Press in 2016. Totten, a former Seven Days political columnist, questioned whether Finley was "transphobic, bad at Twitter, or both." Vermont Democratic Party chair Terje Anderson called it "another reason not to subscribe to the Burlington Free Press."

Finley responded to several of his critics in real time.

"So you think trans people are the equivalent of pedophiles?" Anderson asked.

All recognition? Any recognition, Tim? What if someone said it's awesome they are going to recognize pedophiliacs on licenses? I'm not being snarky, I'm just asking. Not all recognition is awesome. https://t.co/4bb7zl4U5T


In an interview Saturday afternoon with Seven Days, Finley said that his tweet may have been poorly presented but that his intent was journalistic.

“I really just wanted to ask the question: 'Why is that awesome? And why is that necessary?'" Finley said. "That’s all, and I think any journalist would ask that question."

Finley said his word choice was a reference to the regular Sports Illustrated feature "Signs of the Apocalypse."

As the post spread throughout the Vermont twittersphere, fellow journalists questioned its propriety. Valley News news editor and columnist John Gregg suggested Saturday afternoon that Finley would apologize or possibly lose his job.

Here's a good example of a blow-in for a corporate chain totally stepping in it... Apology or departure inevitable. https://t.co/Gpf4VUt8B8


Finley did not apologize in the Saturday interview but suggested he would if the tweet had the effect of making any Free Press employees uncomfortable.

“If it was harmful to them, I would apologize to them," he said. "It was not my intention.”

Jasper Craven, a freelance reporter who previously worked for VTDigger.org, tweeted Saturday that Finley's "apocalypse" tweet was just the "tip of the iceberg." He pointed to previous posts in which the editor appeared to make light of allegations of sexual impropriety and cautioned against a rush to judgment against Roy Moore, the Alabama Senate candidate accused of sexual misconduct.

In the interview, Finley clarified that he was not a Moore supporter. He has, however, frequently weighed in on national politics on Twitter, often criticizing former Democratic presidential candidate Hillary Clinton and retweeting such conservative provocateurs as Ann Coulter.

Craven wrote that many of Finley's tweets appeared to violate the widely adopted Society of Professional Journalists Code of Ethics.


Craven also pointed out a December 2017 tweet from Finley that questioned whether it's appropriate "to promote drag queens at an event for little kids" and another from that month referring to Politico journalists as "whores."

After a suit was filed alleging improper inclusion of Christian values at a school, @denisjfinley complained "but it's ok to promote drag queens at an event for little kids." He said the only people who care about new activists and politicians in a @politico piece were "whores" pic.twitter.com/SPHD3oDjcY


Finley said Saturday that he understands why some support a policy to add a third gender option to driver's licenses but said he had questions about whether that's a smart idea.

He didn't name specific concerns with the policy and said he didn't necessarily oppose it.

“Do I disagree with it as a policy? I don’t really know because I haven’t thought about it for days, but that’s why I’m asking the question: Is that what we should be doing as a society? Is it the right thing to do? That’s all,” Finley said.

Twitter users such as Chris Donnelly, the director of community relations for Champlain Housing Trust, weren't satisfied with Finley's tweet-length versions of that explanation Friday evening.

I’m sorry, but I didn’t see you ask that question. I saw you describe recognition of transgender individuals to the apocalypse.


The editor said Saturday that he tweeted his comments from his personal account and said the tweets do not reflect the opinions of the Burlington Free Press or its parent company, Gannett. Finley identifies himself in his Twitter profile as executive editor of the Free Press, but also has a separate, professional account.

Asked whether he thought the "apocalypse" tweet violated any of his employer's policies, Finley said it was a close call.

“We do have a policy, like most news organizations," he said. "We are supposed to be circumspect. We have to be careful. And that’s the expectation from every journalist. Do I think this complied? It was probably right on the edge.”

Finley said he hadn't heard from his employer in relation to the controversy, other than a message from his boss, Freeps publisher Jim Fogler, notifying him about interview requests related to the tweets. Gannett did not immediately respond to a request for comment.

As far as he could remember, Finley said, he's never deleted a tweet — and he doesn't plan to start now.

So, does Finley think he made a mistake?

“I think I should’ve just asked the question," he said. "I think the word apocalypse was too strong. Hindsight is always 20/20. I was trying to add some humor and it backfired.”