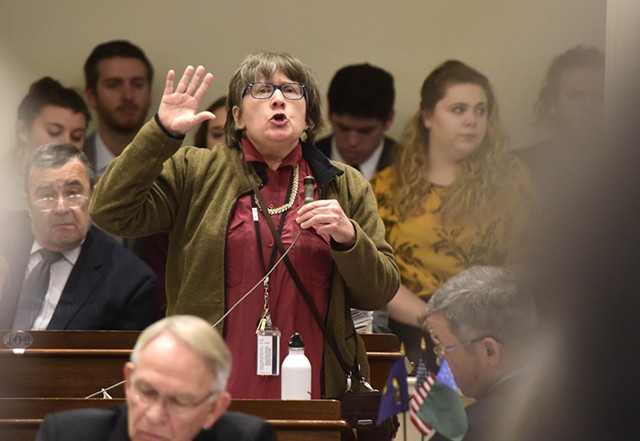 The Vermont House on Thursday voted 81 to 63 to legalize possession of marijuana for recreational use.

The early evening vote capped a daylong debate, during which a flurry of last-minute amendments and procedural tactics had legalization proponents rooting against establishment of a retail pot market and opponents advocating for one.

The bill now returns to the Vermont Senate, which, like the House, passed a version of the legislation last year. If the Senate approves it without changes, the bill could land on Gov. Phil Scott’s desk within weeks. The Republican, who vetoed a similar version last year, has said he would sign it this time.

If the bill becomes law, possession of up to an ounce of weed would be legal in Vermont for those 21 and older, starting in July. The legislation also allows possession of four immature and two mature pot plants.

Thursday's action was complicated by reports that the U.S. Department of Justice is reversing Obama-era guidance allowing state-approved marijuana businesses to exist without federal intervention.

Citing that development, Rep. Brian Savage (R-Swanton) proposed Thursday morning to delay consideration of Vermont's legalization bill for two weeks so that officials could better understand the impact of the federal changes — but the House voted to move forward right away.

Representatives spent much of the day debating and rejecting minor amendments to the bill, which would have pushed back the effective date of the legislation and increased penalties for smoking pot in an enclosed space with minors. 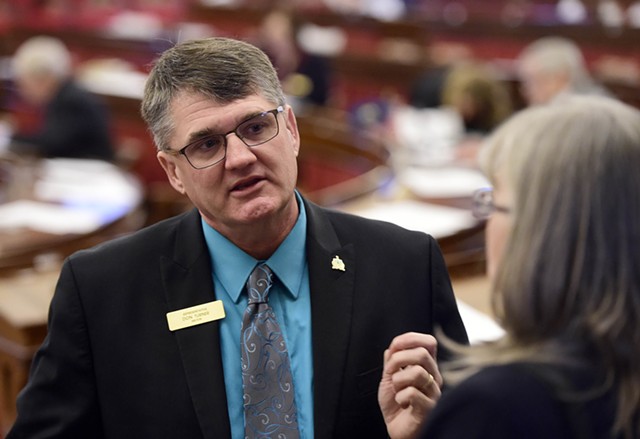 A last-minute surprise came from Rep. Don Turner (R-Milton), the House minority leader, who introduced an amendment that would have replaced the bill with far more sweeping legislation. It would have permitted the sale of marijuana — and set up a regulated and taxed retail market in Vermont.

Even as he called for marijuana stores in the state, Turner said he was opposed to legalizing the drug.

“This amendment, as I said, is my attempt to make a bad bill better,” Turner said on the House floor Thursday afternoon.

Turner said he saw it as fiscally irresponsible to legalize possession and use of marijuana without obtaining additional revenue, citing the costs such a move might incur on the state and communities.

After opposing legalization for years, Turner assured his colleagues that his amendment wasn’t a tactical move to divide proponents and doom the bill's chances. Rather, he said, it was an honest attempt to improve what he saw as a bad piece of legislation.

“I want to tell you that it’s not a political move on my part,” he said. “I fully accept that I’ve lost.”

Turner, who serves as the town manager in Milton, said local police and education systems would have to take on additional work to enforce drug laws, prevent child use and educate the public.

“As a manager of local government, to me this looks like another unfunded mandate,” Turner said.

His solution was a tax-and-regulate model designed to bring in money through licensing fees for marijuana sellers and a tax on all pot sales in the state. The amendment was modeled on a bill that many legalization proponents favored — and which passed the Senate last year. But those very same proponents opposed Turner's move on Thursday.

“That [tax and regulate system] would be done, if we were to pass this, with absolutely no testimony this biennium,” Conquest said, noting that the House had not debated the Senate-passed system.

“There is a place and time for everything,” added Rep. James McCullough (D-Williston). “This is the place. This is not the time.”

The house voted against Turner's amendment, 32 to 114.

Other opponents of legalization, such as Rep. Kurt Wright (R-Burlington), offered no amendments but spoke out against the underlying bill, citing concerns about road safety and drug use by children.

“We are in a stampede to pass legalization, whether there are problems that result from this bill or not,” Wright said, criticizing the House's decision to pass the bill on the second day of the legislative session.

The Senate is expected to vote next week on the legislation. Rebecca Kelley, a spokesperson for the governor, said Wednesday that while marijuana legalization is not a priority for the governor, he is willing to sign the bill as currently drafted.

Scott appointed a commission last year to study the possibility of establishing a regulated retail market for marijuana, and a report from that committee is expected by January 15.